HF Virtual Book Tours invites you to follow Author Mercedes King’s Book Blast for A Dream Called Marilyn, from April 20-May 1, and enter to win one of five paperback copies or a $50 Amazon Gift Card! 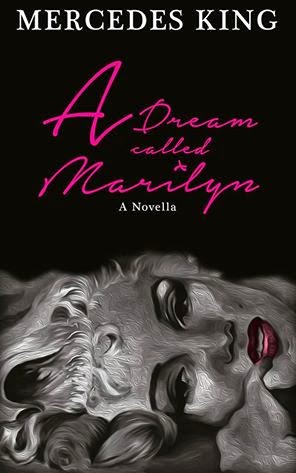 In the summer of 1962, nothing could prepare Dr. Charles Campbell for his first meeting with his new client, Marilyn Monroe. A reputable psychiatrist, he’s been hired by a studio executive to handle and subdue the star, no matter what it takes. Although he’s been warned about Ms. Monroe’s unpredictability, she’s not what he expected, and resisting her natural charms will test his fortitude.

In the days that follow, Charles’ world is turned upside-down. His marriage has been under pressure and is still fragile from one of his wife’s antics. Obsessed with reinvigorating her acting career, Helen Campbell often ignores her motherhood duties. Charles does as much as he can to hold the family together and to protect his young daughters, but the strain has reached a new intensity for all of them.

Charles’ sessions with Marilyn range from sensual to bizarre. She even threatens to go public with information that could ruin her career and destroy President Kennedy’s administration.

Desperate for advice, Charles enlists help from a former college pal, Bertrand Miller. A private detective, known for seedy practices, Miller isn’t new to Hollywood’s underside—or even to Marilyn’s secrets. He advises Charles to be careful, as it’s rumored that the mob will silence Marilyn to protect Kennedy.

But Charles makes the mistake of getting too personal with Marilyn. Although his intentions are well-meaning, those keeping an eye on Marilyn couldn’t care less, which makes Charles a target for the mob and the FBI. Saving Marilyn from her self-destructive ways and crossing doctor-patient boundaries, might also cost Charles Campbell his life.


Excerpt from A Dream Called Marilyn

Dr. Charles Campbell tightened the knot in his tie, knowing that today was the biggest day of his career. Maybe even his life. He promised himself–no, swore to himself–that he wouldn’t let his infatuation get the best of him, that he would hold it together when he met her for the very first time, right there in his office.
He’d cleared away the dust, made sure his diplomas hung T-square straight, and he’d washed his hands. Repeatedly. He’d made sure his gray suit and navy blue tie were pressed to perfection. Like most red-blooded, breathing males he’d taken a beating from inside his chest whenever he saw her on the screen. She had that way about her, being able to stir a man’s desires and make you fall in love with her effortlessly. With that teasing smile and that vulnerable naivety she exuded, she could make any man melt, abandon any morals he held. And her curves. Well, Charles couldn’t think on that. Not today.
He’d treat her the way every psychiatrist was expected to treat a patient. Charles promised himself he wouldn’t flinch or become a caricature of himself when he touched her hand. There would be no unbuttoning of his collar or adjusting the air conditioning unit. And his eyes would not wander. That was his resolve.
He dabbed the beads of perspiration from his forehead. Theirs would be a business relationship, he reminded himself. According to the studio contact, the man who’d arranged today’s meeting, this was a woman in desperate need of his professional services. They would establish a doctor-patient association. Yes, simple as that. Charles would uphold the fine reputation he’d built in Los Angeles and tend to her like he would any female client.
Why, he’d treated a number of actors and actresses, from those struggling with sexual identity issues to depressive diseases. Those famous for their cowboy roles, those noted for their singing and dancing. Even those known for the flip of their hair or their on-set tantrums.
But who was he kidding? There was no one like her. Would she notice his resemblance to Rod Taylor? Remark that his hair was lighter, but that the similarities were uncanny. Perhaps his only hope was that she¾
A knock sounded, interrupting his rambling thoughts.
Charles opened the door to his office.
And there she was.
“Miss Monroe.” He stepped aside, held out his hand to welcome her in. “Please.”
Her eyes flashed that shy but friendly grin he’d seen in her movie characters as she entered, a crème-colored shawl hugging her bare shoulders. Interesting, Charles thought, for a sultry June afternoon.
“It’s a pleasure to meet you, Miss Monroe.” Charles offered his hand.
Marilyn stole a surmising glance of the room, which served as the outer room and waiting area for Charles’ practice. How he wished he’d spruced up the walls. She shook his hand, almost as if the gesture were new to her. Her pink linen dress reminded him of her outfit from Gentlemen Prefer Blondes when she sang, “Diamonds are a Girl’s Best Friend”. This dress was shorter, sleeveless but with a high neckline, and sans gloves and diamonds.
“Thank you for seeing me, Dr….?”
Charlie reddened. “Dr. Campbell.” Hadn’t the studio contact mentioned his name to her? And as the man from the studio crossed his mind, he found it curious Marilyn had come alone; he’d expected her to be escorted, handed off almost. “May I get you anything? A glass of water perhaps?”
“No, thank you.” She smiled, sweetly yet cautiously. Charles couldn’t blame her. Here was a woman who’d been raised in turmoil, endured multiple heartbreaks and divorce, professional difficulties, much of it in the public eye. All while being rotated through various doctors.
“Would you like to sit here or in my office?”
“Wherever you’d like me.”
The lump that jumped into his throat almost knocked him unconscious.
“There is a couch in here.” He said it as his hand slid the door open to his inner office. “Well, I only mean that it’s probably more comfortable….”
He was certain he sounded lustful, perverted. Minutes into his first session and he was blowing it! Did he have any hope left of instilling confidence in her, in gaining her trust?
To his surprise she laughed. An unexpected, breathy release that made his own breathing pause. She sashayed into Charles’ inner office and seated herself on the burnt-orange couch–how he wished he’d bought a new one!–tucked her legs up beside her and leaned onto the arm.
Instinct struck Charles; he nudged his tie loose, undid the top button of his collar.
He reached for the pad of notepaper and pen on his desk, desperately hoping she hadn’t noticed his acute failure to behave better than an ordinary man.
“I know why I’m here.” She spoke with a sudden perkiness that caught Charles off guard. Many of his clients had battled resentment, denial while sitting on that couch.
“Oh?” He sat in a tufted vinyl chair across from her.
“Yes.” Her eyes were wide. Trusting. “You see, I’m dangerous.”
“To yourself?”
“Not exactly.” Her smile returned. “I know it will be hard for you to understand, and I’m not sure how much I should tell you, for your own good.”
It was too early for Charles to gauge how serious Marilyn was. Their initial encounter was still warm and clutter plagued his mind. He had to shove aside the characters she’d played, the magazine articles he’d read about her, and momentarily ignore disparaging details he’d read about her in the file from the studio contact. Charles had to figure out who Marilyn really was. 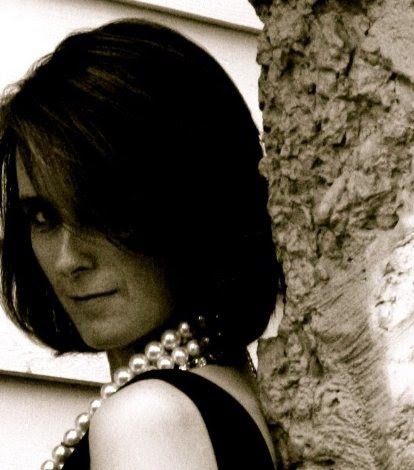 A founding member of Sisters in Crime Columbus, Ohio (affectionately dubbed SiCCO), Mercedes King can be found elbow-deep in research, reading, or enjoying the local bike path. Combining her love of pop culture with history, she created A Dream Called Marilyn, a novella focusing on the last weeks of Marilyn’s life.

O! Jackie is a fictional take on Jackie Kennedy’s private life–and how she dealt with JFK’s affairs. Unable to quench that thirst for Kennedys, Mercedes wrote The Kennedy Chronicles, a series of short stories featuring Jackie and Jack before the White House and before they were married.
Plantation Nation follows Emma Cartwright, a 16 year old Southern girl who disguises herself as a young man and fights for the Union Army.

To enter to win a copy of A Dream Called Marilyn (5 copies are up for grabs) or a $50 Amazon Gift Card please see the Gleam giveaway below.

Giveaway starts on April 20th at 12:01am EST and ends at 11:59pm EST on May 1st.
Giveaway is open to residents in the US only and you must be 18 or older to enter.
Winners will be chosen via GLEAM and notified via email.
Winners have 48 hours to claim prize or new winner is chosen.
Please email Amy @ hfvirtualbooktours@gmail.com with any questions.

A Dream Called Marilyn Book Blast Giveaway
Posted by Margaret @ JustOneMoreChapter at 12:30 AM