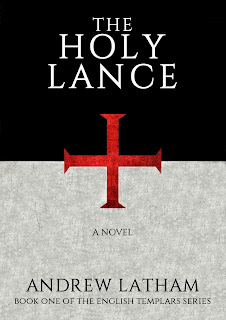 The year is 1191. A daring counterattack against the Saracens’ last-ditch effort to relieve the besieged city of Acre has not only saved the Christian host from a fatal defeat; it has also brought the leader of that counterattack, English Templar Michael Fitz Alan, to the attention of King Richard the Lionheart.

In the days that follow, the king charges Fitz Alan with a life-or-death mission – to recover the Holy Lance, a long-lost religious relic widely believed to be responsible for the near-miraculous success of the First Crusade.

The ensuing quest leads Fitz Alan and a hand-picked band of Templars on a journey deep into enemy territory, where they battle Saracens, Assassins, hostile Christians and even a traitor within their own ranks as they seek to return the Holy Lance to Christian hands and thereby ensure the success of the crusade.

Early Praise for The Holy Lance

“A timely and compelling novel. The Crusades inform and often infect our understanding of the contemporary Middle East, and while this book is fiction it reveals much of the truth about that misunderstood era. Outstanding reading.” – Michael Coren, award-winning television host, radio personality, syndicated columnist, and best-selling author of fourteen books, including most recently The Future of Catholicism

“A fascinating and thrilling story played out under the boiling heat of Palestine at a time when two cultures clashed violently over the ultimate prize of Jerusalem. Andrew Latham has created a believable and sympathetic lead character in the Templar Fitz Alan as well as providing us with a thrilling insight into the mysteries of the Templar order. A most enjoyable tale, like that of an experienced jongleur, set against the personal conflict between Richard of England and Saladin. It vividly resurrects the life and death struggle between Saracen and Crusader.” – Dr. Paul Doherty, OBE, historian and critically acclaimed author of dozens of works of historical fiction, including The Templar, The Templar Magician and most recently The Last of Days

“Violent and visceral…. meticulously researched… superbly plotted…. The Holy Lance is historical fiction at its best!” – Steven A. McKay, bestselling author of Wolf’s Head and The Wolf and the Raven

“If you’re looking for an historical adventure soaked in blood… The Holy Lance delivers…. Latham shows a welcome attention to the complexities of the Crusader world and to the details of Templar life. A satisfying amount of blood is shed as Michael Fitz Alan and his Templar troops battle their way towards their goal. And the book offers a rousing conclusion, with the promise of more to come. Bring it on!” – Jack Hight, author of The Saladin Trilogy 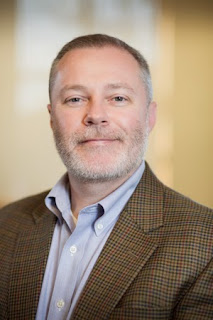 Knox Robinson author Andrew A. Latham is an award-winning professor of International Relations who regularly teaches courses in medieval political thought, international relations, and war. Trained as a Political Scientist, Latham has spent the last decade-and-a-half researching political violence in the Middle Ages. He has written scholarly articles on medieval war, the crusades, jihad, and the political thought of Saint Augustine and Saint Thomas Aquinas. His most recent book is a work of non-fiction entitled Theorizing Medieval Geopolitics: War and World Order in the Age of the Crusades.
Latham was born in England, raised in Canada and currently lives in the United States. He graduated from York University in Toronto with a BA (Honours) in Political Science, later earned an MA from Queen’s University in Kingston and, later yet, a PhD from his alma mater, York.
Latham is a member of the Historical Novel Society, the Historical Writers’ Association and De Re Militari: The Society For Medieval Military History.
Since 1997 Latham has been a member of the Political Science Department at Macalester College in Saint Paul, Minnesota, where he where he lives with his wife Wendy, daughter Bernadette and son Michael.
For more information and updates, please visit Andrew Latham’s website. You can also find him on Facebook, Twitter, and Goodreads.

Posted by Margaret @ JustOneMoreChapter at 11:29 PM