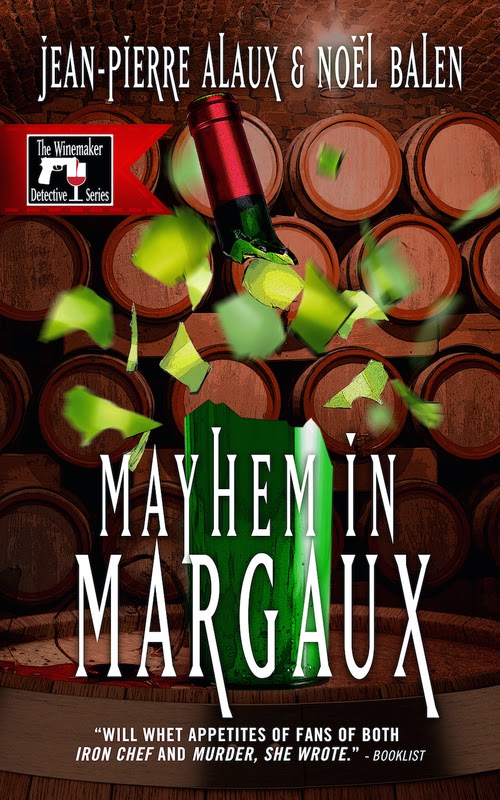 It’s summer in Bordeaux. There’s a heat wave, the vineyards are suffering, vintners are on edge, and wine expert Benjamin Cooker’s daughter is visiting. A tragic car accident draws the Winemaker Detective and his assistant Virgile into a case where the stakes are very personal, and they uncover the dirty secrets hiding behind some of Bordeaux’s finest grand cru classé wines from Margaux. [provided by the publisher]


***
An episode in a long successful French mysteries series
that is a hit television series now in its fourth season
and attracting an audience of over 4 million.
The series is a huge success in France, Belgium and Switzerland.
*** 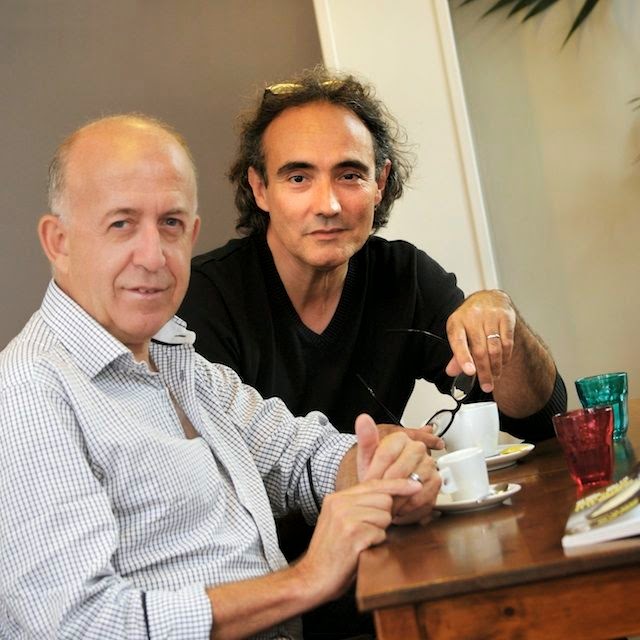 Jean-Pierre Alaux
and Noël Balen,
wine lover and music lover respectively,
came up with the idea
for the Winemaker Detective series
while sharing a meal,
with a bottle of Château Gaudou 1996,
a red wine from Cahors
with smooth tannins and a balanced nose.

Translator Sally Pane studied French at State University of New York Oswego and the Sorbonne before receiving her Masters Degree in French Literature from the University of Colorado. She has translated several titles in this series.
***
Follow Le French Book on Twitter  | on Facebook
Sign up to receive their latest news and deals.

Buy the book | on Indiebound | Amazon | on Barnes & Noble

Global giveaway open internationally:
2 US residents will win a print copy of this book
3 residents of any country will receive a digital copy


Entry-Form
Posted by Margaret @ JustOneMoreChapter at 12:30 AM