Spotlight: Behind the Forgotten Front by Barbara Hawkins 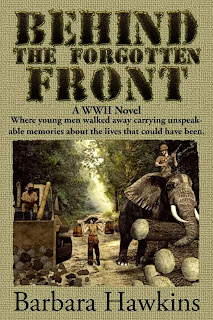 It’s 1942 and Harry Flynn enlists to fight in the war expecting to find the thrill of danger and honor of military service. He leaves behind the love of his life to journey into a world of tigers, elephants and Himalayan Mountains. Instead of a fighting position, Harry is sent to the Forgotten Front in the Indian subcontinent as an ordinary supply officer. There, General Joseph ‘Vinegar Joe’ Stilwell is constructing a ‘road to nowhere’ through Japanese-occupied Burma. The general will do anything to get the road built.

In this exotic world with Naga headhunters, opium-smoking Kachin tribesmen, and marauders who scorn both life and death, Harry forges unlikely friendships. He’s forced to obey orders that challenge his principles and is torn between being true to himself or ‘no man at all.’ Eventually, not willing to let Uncle Sam needlessly condemn the road crew to death, he rebels.

He tries to sabotage the road’s progress where an Afro-American construction regiment is losing a man a mile due to disease and crumbling mountain slopes. Then a commanding officer spots his unconventional skills. Immediately he’s transferred to America’s first guerrilla-supported unit: Merrill’s Marauders and later the Mars Task Force. Here, he must entrust his life to others. During a time when boys were forced to come of age on the battlefield, Harry must find what makes his life worth living or die.

The lessons learned in World War II apply to all wars, where men walk away carrying unspeakable memories and lives that ‘could have been’ haunt those that lived. Behind the Forgotten Front brings them all back to life and shows that history is about facts driven by passions and sometimes the mistakes of real people.

Praise for Behind the Forgotten Front

“Barbara’s debut novel is a compelling examination of man and war and the interaction between them. The miracle of this novel is how Barbara brings this `forgotten front’ to life. Barbara accomplishes her goals in this her debut – bringing to our attention the impact war has on all soldiers, no matter their assignment. She also sets a very high standard for her next book. Brava!” – Grady Harp, Amazon Reviewer 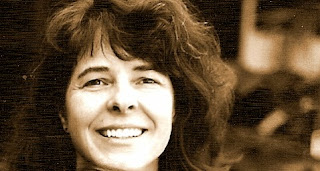 Barbara Hawkins started writing a pseudo-memoir about her time spent in Guatemala during the 1970’s-1980’s civil war. It was too close to her heart, so she had to switch to something she wanted to tell a story about but also had a worthwhile message. Her father had always wanted to write a book about the time he’d spent in World War II but died before he could reach that goal. So she thought she’d give it a try.

She knew he was stationed in Sri Lanka, but she didn’t find much to write about there. So she gravitated to what she knew best, engineering and jungles. The story of the Afro-American construction regiment building Stilwell’s Road grabbed her attention and who could not be mesmerized by American’s first guerrilla supported units: Merrill’s Marauders and the Mars Task Force? Half-way through the book her sister found her dad’s diary from the War. He was actually in the Mars Task Force. The scene with Lt. Jack Knight was taken from his diary and the ending was from a conversation she had with her dad just before he died. Having given a promise to keep his WWII missions a secret for fifty years, it was the only time her father spoke of the War.

Ms. Hawkins holds BS degrees from the University of Minnesota where she studied Botany and Mathematics. She taught mathematics and science in High School until she realized she hated being a disciplinarian. From there she traveled to jungles in Latin America collecting plant specimens for several universities. She also has a MS in Civil Engineering. For the last twenty-five-years she has worked as a professional engineer. Her hobbies vary from cooking and yoga to bicycling and adventure travel.
For more information visit Barbara Hawkins’ website.