The People’s Princess by Flora Harding 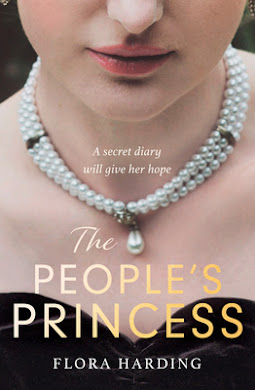 Her engagement to Prince Charles is a dream come true for Lady Diana Spencer but marrying the heir to the throne is not all that it seems. Alone and bored in the palace, she resents the stuffy courtiers who are intent on instructing her about her new role as Princess of Wales…

But when she discovers a diary written in the 1800s by Princess Charlotte of Wales, a young woman born into a gilded cage so like herself, Diana is drawn into the story of Charlotte’s reckless love affairs and fraught relationship with her father, the Prince Regent.

As she reads the diary, Diana can see many parallels with her own life and future as Princess of Wales.

The story allows a behind-the-scenes glimpse of life in the palace, the tensions in Diana’s relationship with the royal family during the engagement, and the wedding itself.

Paperback, 384 pages, Paperback
Expected publication March 31, 2022
by One More Chapter
3.5 stars
I really enjoyed the author’s previous book, Before the Crown and did an impulse purchase of this book when I saw it at the bookstore. Sounds super intriguing, right?

Alternating between the 2 time periods worked for me but other things didn’t.   I really enjoyed getting to know Charlotte, I didn't even know who she was before reading this book.  She is a spunky character, has a mind of her own and back in 1812 that was frowned upon for women let alone someone in line for the crown.  I'm not a fan of insta love but watching her journey and learning about that era was nice.
Maybe because I know so much of Diana's story I found it slow and repetitive. There wasn't a lot of interaction between her and the royal family and what was glimpsed wasn't impressive. After 100 pages or so I ended up switching over to the audiobook, Julie Teal was the narrator and did a great job (though I did find the voice of Charles made me not like him, he was gruff and uncaring.)

For those that like stories on the Royals, this fits the bill nicely.
This book was part of my 2022 Reading Off My Shelf Challenge
Posted by Margaret @ JustOneMoreChapter at 3:58 PM