Review: Before the Crown by Flora Harding 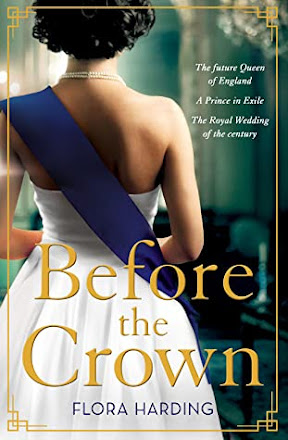 Before the crown there was a love story…

As war rages across the world, Princess Elizabeth comes face to face with the dashing naval officer she first met in London nine years before.

One of the youngest first lieutenants in the Royal Navy, Philip represents everything she has always been taught to avoid. Instability. Audacity. Adventure.

But when the king learns of their relationship, the suitability of the foreign prince is questioned by all at court.

He is the risk she has never been allowed to take. The risk not even the shadow of the crown will stop her from taking…

Step through the palace gates and discover a captivating historical novel of royal secrets and forbidden love exploring the tempestuous courtship between Princess Elizabeth and Prince Philip in the wake of WWII.

Fans of The Crown will enjoy a more detailed look at the courtship of Queen Elizabeth and Prince Philip. Beginning when she was only 13 years old (Philip is 6 years older) it was an eye opener into proper protocol for the royal family.

I’m not really what you’d call a diehard royal follower but I find them an interesting bunch - tuning in to weddings and such. While this is a work of fiction it was an entertaining read that had me feeling a wide range of emotions into the plight of these 2 individuals whose life choices needed approval for the good of the realm.

Before the Crown was a slower paced book and I enjoyed glimpsing inside Buckingham Palace, seeing another side of King George VI and his wife and even Princess Margaret. Also this book explored more of Prince Philip’s background through family and conflicts that arose.

This is the author’s debut, so hats off to writing a story where we all know the ending already. The journey to the alter was not smooth, there were obstacles to overcome, approval to be won and internal struggles to be fought. A wonderful debut that will appeal to fans of the Royal family and those that love a fairy tale ending.

My thanks to Harper Collins (Australia) for an advance digital copy (via Netgalley) in exchange for an honest review.
Posted by Margaret @ JustOneMoreChapter at 3:48 PM