The Match by Harlan Coben 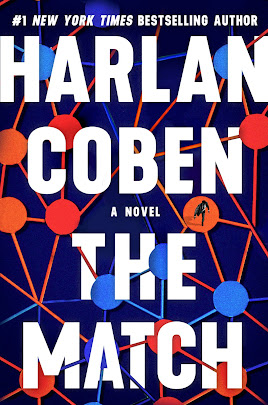 Wilde has grown up knowing nothing of his family, and even less about his own identity. All he knows is that, as a young child, he was found living a feral existence in the Ramapo mountains of New Jersey.

He became known simply as Wilde, the boy from the woods.

Now Wilde has had a hit on the DNA website he has been researching. A 100% match. His father. They meet up, and Wilde soon realises that his father doesn't even know he had a son and is as mystified as Wilde is by his existence.

Undaunted, Wilde continues his research for his family on DNA websites where he becomes caught up in a community of online doxxers, a secret group committed to exposing anonymous trolls.

Then one by one these doxxers start to die, and it soon becomes clear that a serial killer is targeting this secret community - and that his next victim might be Wilde himself ...
Kindle Edition, 400 pages
Expected publication March 15, 2022
by Grand Central Publishing
4.5/5 stars
The Match releases today and is the highly sought after sequel to The Boy From the Woods.
The opening lines set the tone, opening the door for intrigue, mystery and some belief suspending.

"At the age of somewhere between forty and forty-two - he didn't know exactly how old he was - Wilde finally found his father.'

What follows is a journey of discovery with some wonderful characters being revisited.  I was gently reminded of things from the previous book in a non-dumping way. It was a twisty story in the sense of lots going on and that feeling of uncertainty with some unreliable characters.  I enjoyed getting to know Wilde better, what makes him tick and the same could be said for Hester, how old wounds needed to heal. (I need to read Coben's backlist to see more of her).
The Match could be read as a standalone but I feel for the full experience you should read The Boy from the Woods first. It is a well written, intricately woven story with many layers that all mesh together nicely in the end. As for the ending, it was fitting, it explained a lot and figures cross this series will continue.
My thanks to Grand Central Publishing for an advanced digital copy in exchange for a honest review.
Posted by Margaret @ JustOneMoreChapter at 8:21 PM