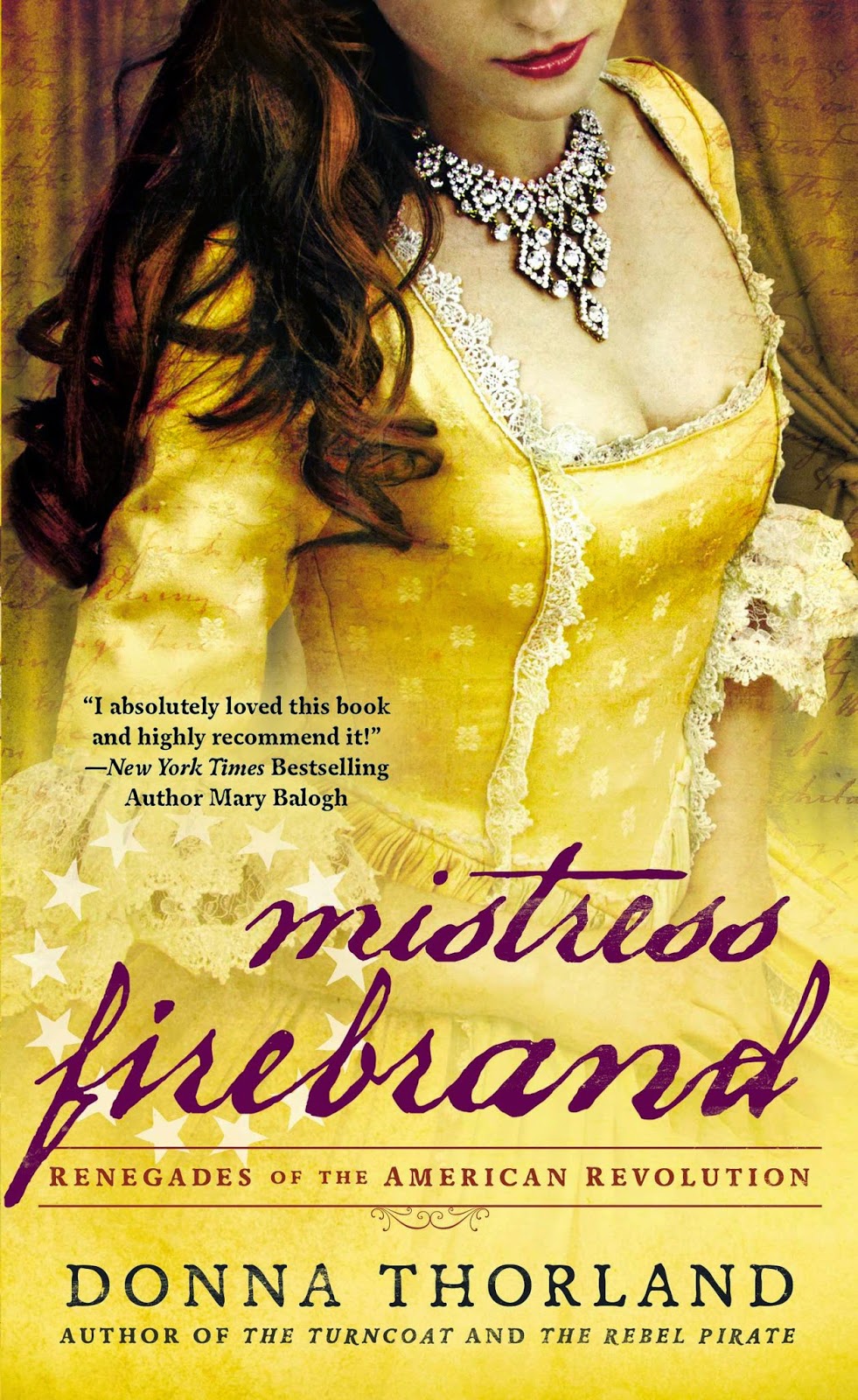 British Occupied Manhattan, 1777. American actress Jenny Leighton has been packing the John Street Theater with her witty comedies, but she longs to escape the provincial circuit for the glamour of the London stage. When the playwright General John Burgoyne visits the city, fresh from a recent success in the capitol, she seizes the opportunity to court his patronage. But her plan is foiled by British intelligence officer Severin Devere.

Severin’s mission is to keep the pleasure-loving general focused on the war effort…and away from pretty young actresses. But the tables are turned when Severin himself can’t resist Jenny Leighton…

Months later, Jenny has abandoned her dreams of stage glory and begun writing seditious plays for the Rebels under the pen name “Cornelia,” ridiculing “Gentleman Johnny” Burgoyne and his army—and undermining the crown’s campaign to take Albany. With Jenny’s name now on the hanging list, Severin is ordered to find her—and deliver her to certain death. Soon, the two are launched on a desperate journey through the wilderness, toward an uncertain future shaped by the revolution—and their passion for each other…


Donna Thorland has a knack for bringing US history to life.  Mistress Firebrand is the 3rd book in her Renegades of the American Revolution Series, each book deals with a different cast of characters so no need to be reading them in order.

What I really liked about this book was the attention to details and the clear picture of life during the Revolution.  Though I have read a number of books about the Revolution, none taking place in New York and none with the stage as a backdrop.

Jenny is an actress and playwright, I liked her, she knew what she wanted and went after it. Not the norm for a women of that time period.  But, of course nothing goes as planned, her life is in danger and the enemy is no longer an enemy.  This isn't the first time reading a book by this author, so I knew I was in for a wonderful ride.  This book was hard to put down, keep me on my toes and proved yet again that Donna Thorland really knows her subject matter.  There is a lot going on in this book, aside from the romance, but also danger, mystery, suspense and of course spying (it's the American Revolution spying is just a given).

The other books in this series are: 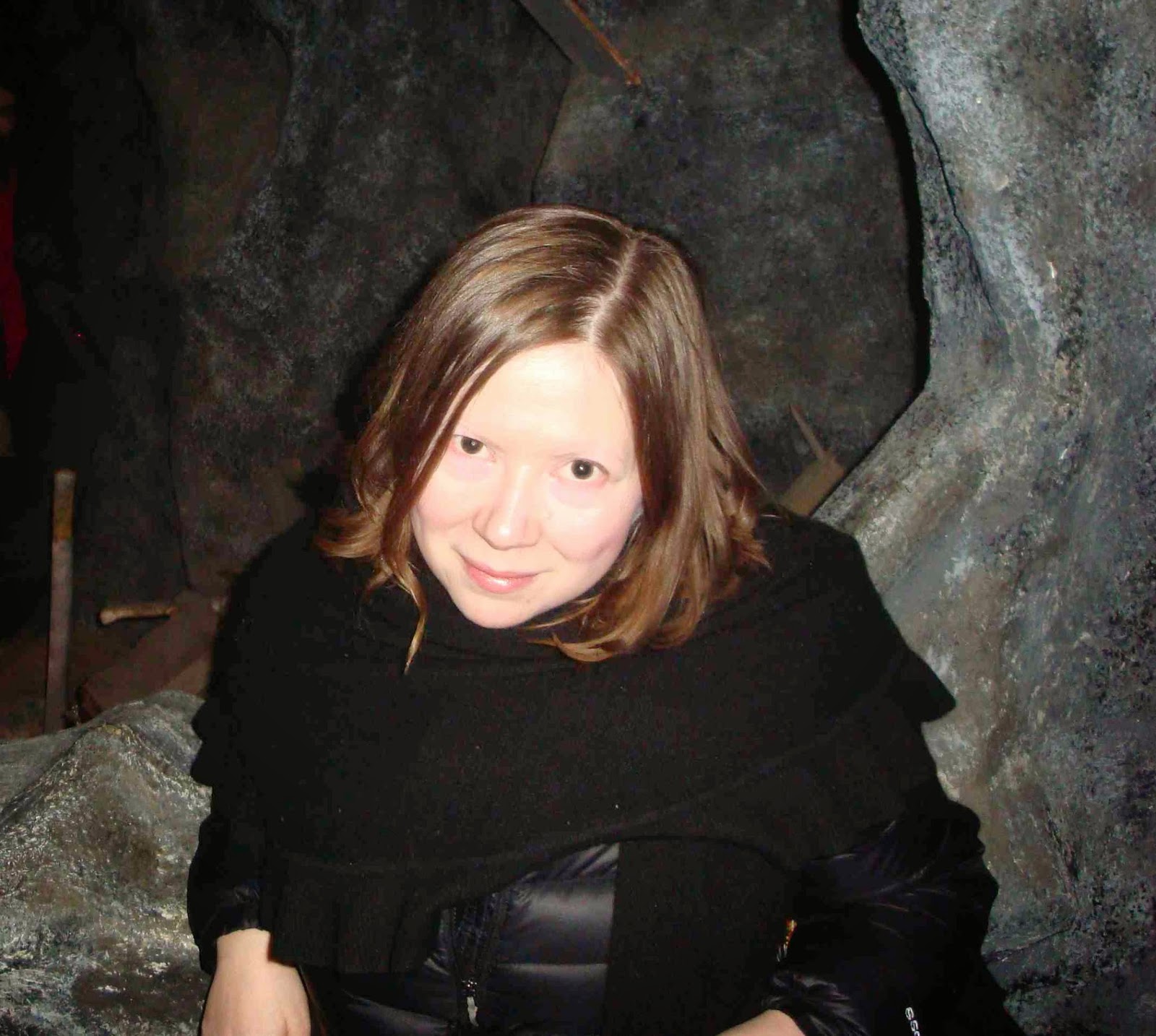 A native of Bergenfield, New Jersey, Donna graduated from Yale with a degree in Classics and Art History. For many years she managed architecture and interpretation at the Peabody Essex Museum in Salem, and wrote and directed the Witch City’s most popular Halloween theater festival, Eerie Events. She later earned an MFA in film production from the USC School of Cinematic Arts. Donna has been a sorority house mother, a Disney/ABC Television Writing Fellow, a WGA Writer’s Access Project Honoree, and a writer on the ABC primetime drama, Cupid. Her screenwriting credits include episodes of the animated series, Tron: Uprising. Her short fiction has appeared in Alfred Hitchcock’s Mystery Magazine and Albedo One. The director of several award-winning short films, her most recent project, The Night Caller, aired on WNET Channel 13 and was featured on Ain’t It Cool News. Currently she is a writer on the WGN drama SALEM.

She is married with one cat and divides her time between the real Salem and Los Angeles.

Posted by Margaret @ JustOneMoreChapter at 9:56 AM