I am happy to have K. Lang-Slattery, author of Immigrant Soldier - The Story of a Ritchie Boy, stop by for a visit today.

“Are you working on a new project and, if so, what is it?”

With my first novel barely off the press, it is a nearly impossible idea for me to contemplate. Yet, forced by the regularity with which this question is asked of me, I began to think about it. What subject would engage me as much as the story of Immigrant Soldier, the Story of a Ritchie Boy? If there was another book in me, I wanted it to be about a female character and, to simplify research, also a World War II story. I know something of the Women’s Airforce Service Pilots (WASP) of World War II because the great-aunt of a friend was a member. These women were quiet heroes and the idea of finding a story among them appeals to me. Early research has already revealed a treasure—a brilliant novel about a pilot in the British counterpart, the Air Transport Auxiliary, and her best friend who becomes a spy. 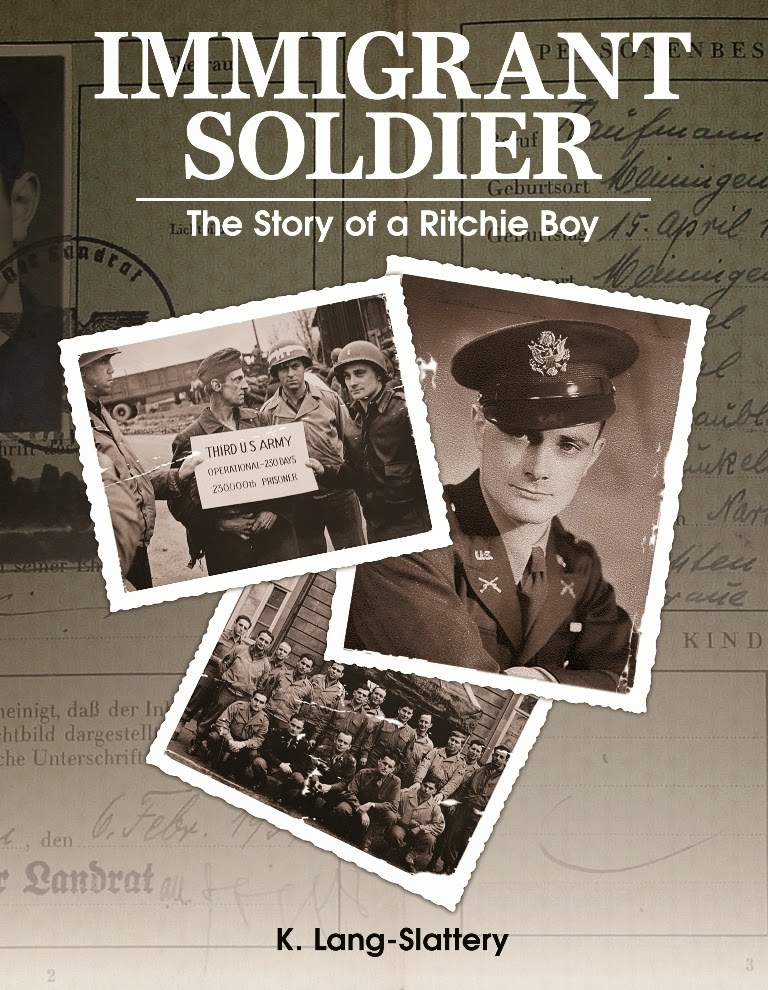 In the very first line, the heroine declares herself a coward. Yet, as she spins out her long confession to her Gestapo captors, the reader soon realizes she is anything but. I will not tell you her real name because that would spoil the delightful confusion and suspense of the first 50 pages of Code Name Verity, by Elizabeth Wein.

Verity is one of the most engaging characters I have had the pleasure of meeting in many years of reading historical fiction. English (sorry—Scottish!) upper-crust, she is feisty, funny, loyal, self-deprecating, feminine to the core, and brave. More brave than she will admit as she tells of her fears, her weakness, and her failures. She is not proud (except about being Scottish) or stoic or willing to go to her death without a fight. On scraps of paper provided by her captors, Verity reveals every detail of her path to becoming a spy stranded behind the lines in France. Her voice is so distinctive, so funny, and so true that it is almost impossible to put the book down.

Yes, I did say funny. Not since Hogan’s Heroes, the TV comedy of the mid-1960s, have I found myself laughing out loud at a story about the Nazis. Verity somehow finds the humor in the sadistic personality of her guard and translator, the obsessively cruel behavior of her Gestapo officer interrogator, and her own physical and emotional weakness in the face of unrelenting torture. She finds the strength to taunt her captors and to discover their more human foibles. Over the course of several weeks of writing, she lists her constantly changing fears and recounts the bravery of her friend Maddie, a pilot in the British Air Transport Auxiliary. All of these things she accomplishes in the complexly plotted memoir that her guard believes to be a disclosure of secrets.

I have finally found the fictional character I most want to meet. If she were only real and alive today (in her 90s and living in the back parlor of her family castle now turned into a tourist attraction), I would rush off to Scotland to listen to her stories, laugh with her about her youthful misadventures, and down a few glasses of cognac with her. No matter if we both felt a bit ill the next morning.

PS – The second half of the novel holds surprises—both wonderful and tragic.  I will say no more.

PSS – Code Name Verity was originally written as a Young Adult novel, and like The Book Thief, also written by a YA author, it should be on your “must read” list.
Code Name Verity, by Elizabeth Wein
Paperback, 337 pages
Published in 2013 by Hyperion 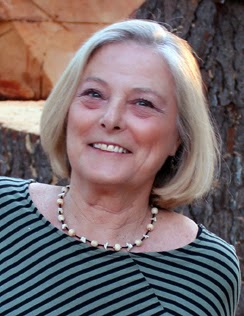 Kathryn Lang-Slattery, a published author of fiction and nonfiction for youth, became fascinated with her uncle’s World War II stories and began taping his conversations in 1996. Soon she knew she had found a fascinating untold story of Jewish refugees who became silent heroes. More than a decade spent researching, interviewing Ritchie Boys, and turning the true story of her uncle into fiction became an odyssey of discovery that resulted in the novel, Immigrant Soldier, The Story of a Ritchie Boy.