The Masque of a Murdered by Susanna Calkins (Book Tour) 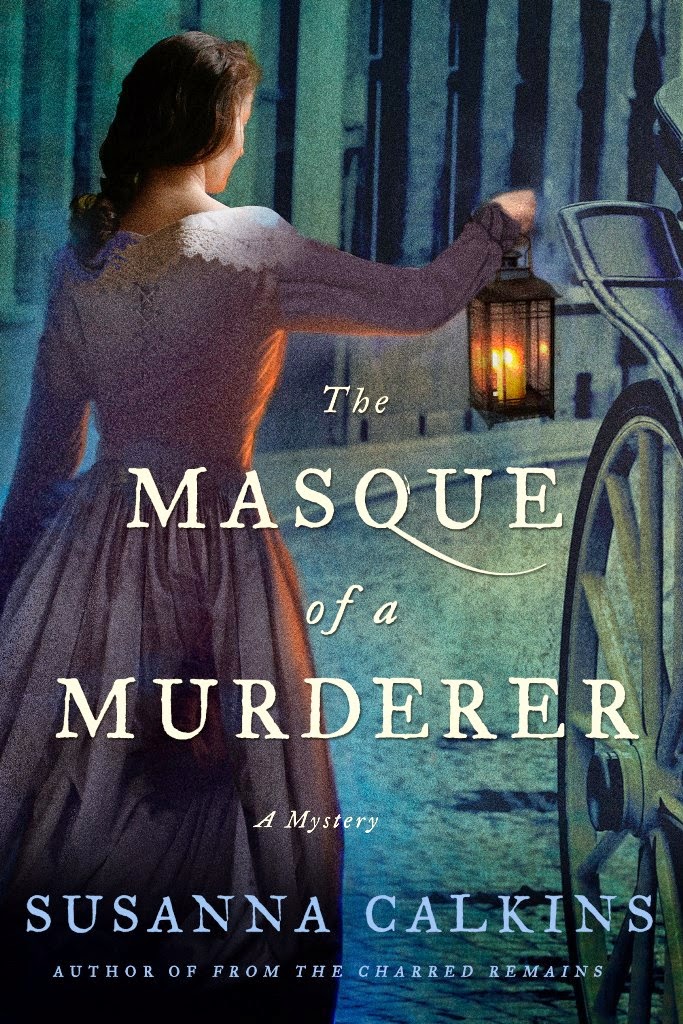 In Susanna Calkins’ next richly drawn mystery set in 17th century England, Lucy Campion, formerly a ladies’ maid in the local magistrate’s household, has now found gainful employment as a printer’s apprentice. On a freezing winter afternoon in 1667, she accompanies the magistrate’s daughter, Sarah, to the home of a severely injured Quaker man to record his dying words, a common practice of the time. The man, having been trampled by a horse and cart the night before, only has a few hours left to live. Lucy scribbles down the Quaker man’s last utterances, but she’s unprepared for what he reveals to her—that someone deliberately pushed him into the path of the horse, because of a secret he had recently uncovered.

Fearful that Sarah might be traveling in the company of a murderer, Lucy feels compelled to seek the truth, with the help of the magistrate’s son, Adam, and the local constable. But delving into the dead man’s background might prove more dangerous than any of them had imagined.

In The Masque of a Murderer, Susanna Calkins has once again combined finely wrought characters, a richly detailed historical atmosphere, and a tightly-plotted mystery into a compelling read.

arc - netgalley
****
This is the third book in the Lucy Campion Mysteries Series.  I have not read the first 2 books which really wasn't a problem however I could feel something was missing so a little bit background would have been nice.

Lucy is a very likable character, I would have liked to have known more of her background and what transpired between her and Adam but there was enough info to get the general drift.  Working as a printers apprentice and what that entailed was quite interesting.  I didn't know about tracts and the recording of death scenes (I love learning history while at the same time as being entertained).

The plot was intriguing and kept my attention.  Usually I try to figure out the bad guy but in this case I was guessing right till the end.  It wasn't one I envisioned but plausible and original.

The Quakers (Friends) was also a new experience for me, definitely can see myself on the lookout for more reading about them and their plight in England and how they made it to North America.

Susanna Calkins is a new author to me.  Her writing style is smooth, engaging as well as authentic to the time period.  Her knowledge of history is evident.  Definitely recommend this book to mystery and HF lovers.

“…the high-quality writing augurs well for future outings.” -Publisher’s Weekly
“Calkins makes Lucy’s efforts to find the real killer entirely plausible, leading to a nail-biter climax with London in flames. This history-mystery delivers a strong heroine making her way through the social labyrinth of Restoration London.” -Booklist
“Calkins’ debut mystery places her unusual detective in a world rich in carefully researched historical detail.” -Kirkus
“A historical mystery with originality and great attention to detail. Readers are transported to 17th century England, a time when social classes were just beginning to change. The characters are multi-dimensional–including the smart, adventurous Lucy Campion–and the mystery will keep readers turning the pages, and they’ll eagerly await the next book in the series.” RT Book Reviews (4 Stars)
“…an intricate tale of fraud and blackmail, leavened by a touch of romance. Calkins, who holds a doctorate in British history, puts her knowledge to sparkling use in this intriguing mystery, which combines a gripping plot with rich historical detail and one of the most admirable protagonists in the genre.” -The Richmond Times-Dispatch
“Calkins is able to seamlessly weave this romance into the story without making it the main plot line, and keeping the mystery the main focus of the story….The puzzles, anagrams, and many secrets combine to make intertwining plot twists that keep the pages turning. FROM THE CHARRED REMAINS is an exciting, secret filled, historical mystery that will keep readers guessing until the very end.” –Fresh Fiction (Reviewer’s Pick)
“A good yarn and a fascinating look at life in England in a time when things began to change…social classes, positions, servants’ rights…all because of plague and fire.” -Book Babe Blog
“For me, this book was more than a mystery. It was an eye-opening look at what London was like in the mid-1660s, including the plague and fire that ravaged London, class struggle, the plight of women, and the laws of the time. The author’s engaging writing style made it easy to slip back into the past and experience these things with Lucy.” -Book of Secrets
“A Murder at Rosamund’s Gate is Susanna Calkins’ absorbing debut novel. Just a warning that time WILL easily slip away as you become engrossed in this historical fiction mystery.” -1776 Books: A Philadelphian’s Literary Journey 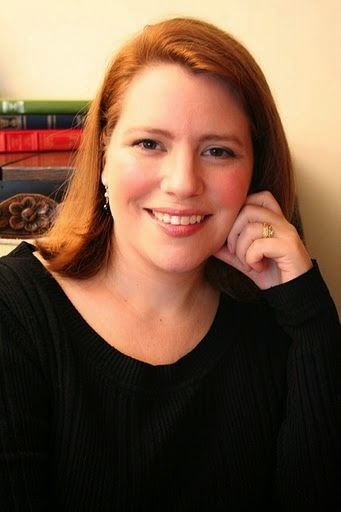 Born and raised in Philadelphia, Susanna Calkins lives in Highland Park, Illinois with her husband and two sons, where she is an educator at Northwestern University. With a PhD in history, her historical mysteries feature Lucy Campion, a 17th century chambermaid-turned-printer’s apprentice. Her first novel, A Murder at Rosamund’s Gate, was a finalist for the Sue Feder Historical Mystery Award (Macavity). The second in this series, From the Charred Remains, is currently a finalist for the Bruce Alexander Historical Mystery Award. Her third, The Masque of a Murderer, will be released in April 2015.

The Masque of a Murderer Blog Tour Schedule

Spotlight & Giveaway at Passages to the Past

Posted by Margaret @ JustOneMoreChapter at 9:29 AM