Review: A Place We Knew Well by Susan Carol McCarthy 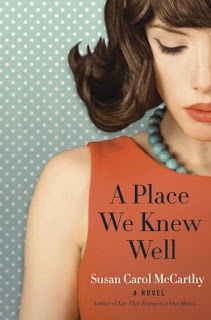 For 13 days in October 1962, the world held its breath—seemingly on the brink of nuclear war. Set against the backdrop of Cold War panic and politics, this enthralling novel tells the intimate and human story of a family whose own hearts are at war.

For the Avery family, the dark days of the Cuban Missile Crisis mark a turning point in their lives which will shape and forever change them. McCarthy captures pitch-perfectly the panic, tension, insanity and innocence of the time. The Avery family forms the emotional center of the novel, as their world starts to unravel during the heart-stopping buildup to the Cuban Missile Crisis.

This is my first time reading something taking place during the Cuban Missile Crisis.  Being Canadian there are some aspects of US history that I am unfamiliar with and this is one of them.  So I was excited to read A Place We Knew Well.

I struggled a little getting into this book, but once I did it kept my attention.  I never really knew about the panic that set in during this time and the author did a good job of portraying that.  For the average American family it was homecoming time and thoughts of school events were on everyone's mind.  But that quickly changed and here we see the impact it had on the Avery family.

Though this is a book about the missile crisis it is also about family secrets and its repercussions.  I wasn't expecting what took place, it did add that extra element to the story.  Not only was it needed but it also showed the state of mind during that 13 days in October.  I liked the writers style, she wrote with emotion letting the reader feel the tension.  Though a work of fiction this book was about a part of history seldom seem. 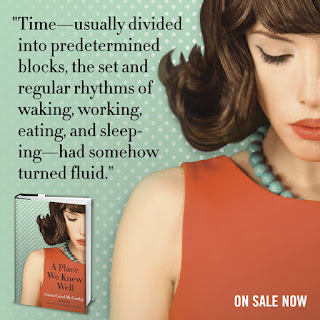 Posted by Margaret @ JustOneMoreChapter at 8:38 PM