Spotlight: The Prince of Prigs by Anthony Anglorus 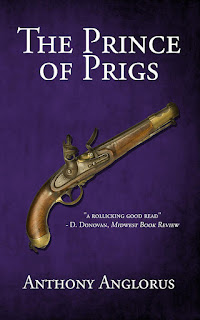 The union of England and Scotland under one crown is not even a half century old, and the Parliamentarians already threaten the very fabric of the nation. These are the adventures of highwayman Capt. James Hind who, in Robin Hood fashion, steals from the Roundheads to help fund the royalist cause. When Cromwell comes to power, James, the Prince of Prigs, must be careful whom among his treacherous “friends” he trusts.

“Any who view historical fiction as dry or plodding should pick up The Prince of Prigs: it wraps courtroom drama, social issues, flamboyant personalities and British politics under one cover and represents a rollicking good read even for audiences who normally eschew the genre. As for those who know how compelling it can be – The Prince of Prigs is ample evidence of the powers of historical fiction.” – D. Donovan, Midwest Book Review 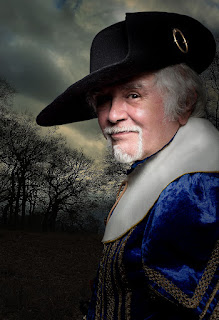 After a lifetime of balancing books, Anthony turned his hand to writing them in 2009. His first book, The Other Robin Hood, is available as an ebook. An Englishman still living in England, he married a Russian doctor in 1999 and will be moving to rural France after reaching retirement age — but the writing will continue. He is already working on the sequel to The Prince of Prigs, tentatively titled Dark Days, Dark Deeds.