Review: Named of the Dragon by Susanna Kearsley 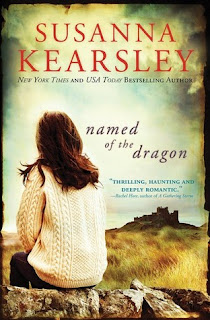 Although it goes against her workaholic nature, literary agent Lyn Ravenshaw lets herself be whisked off to Wales for the Christmas holidays by her star client, flamboyant children's author Bridget Cooper. She suspects Bridget has ulterior motives, but the lure of South Wales with its castles and myths is irresistible. Perhaps a change of scene will bring relief from the nightmares that have plagued her since the death of her child.

Lyn immerses herself in the peace and quiet of the charming Welsh village, but she soon meets an eccentric young widow who's concerned her baby son is in danger—and inexplicably thinks Lyn is the child's protector.

Lyn's dreams become more and more disturbing as she forms a surprisingly warm friendship with a reclusive, brooding playwright, and is pulled into an ancient world of Arthurian legend and dangerous prophecies. Before she can escape her nightmares, she must uncover the secret of her dreams, which is somehow inextricably located in a time long ago and far away...

I've read a number of Susanna Kearsley books but I have to say that this one had a different feel to it.  I don't mean that in a bad way either, the others I've read take place in historical pasts but this one didn't.  It does mention historical figures but this story takes place in current time period.

I love the cover and think that it is a nice portrayal of Lynn.  Even though its been a number of years since she lost her child, seeing her sit like that shows a mother still grieving.  I think that I connected with Lynn because we share that common bond of grief.  I could relate to her when situations brought back memories of the past.  Some might say 5 years is enough time to forget, but really there is no time limit to grieving and I like the way the author showed that.

The story itself was interesting, mysterious with a touch of romance (but not overpowering).  Not being too knowledgeable with the Arthurian legend it has (again) peeked my interest.  Isn't it great after finished a book you add a bunch more books to the ever expanding TBR (Arthurian and Tennyson too)?

A number of years ago I had the privilege of taking a workshop with Susanna Kearsley on the writing of HF (Ontario Writers Conference 2012).  She talked about going on location for her  books.  That was very evident here and it wasn't hard to visualize the setting and feel the atmosphere described.

Click out this imagine for actually pictures of the location. 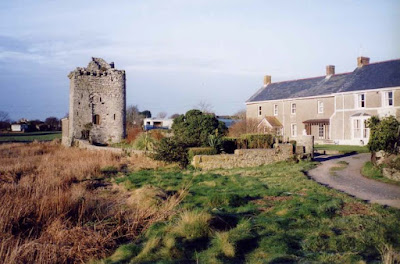 Again Susanna Kearsley did not disappoint, it isn't hard to get lost in her stories, highly recommend.