Waiting on Wednesday: The Gilded Hour by Sara Donati 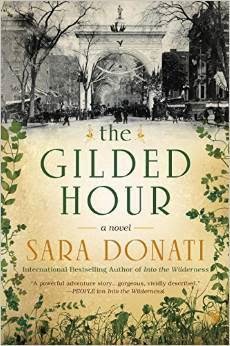 I absolutely love her Into The Wilderness Series, thrilled to hear she has another one coming out.

The year is 1883, and although young surgeon Anna Savard and her cousin, Sophie, have become successful physicians, they never recovered from the losses they suffered as children. So when Anna encounters a child who’s lost nearly everything, she must decide whether she’s willing to let go of the past and let love into her life. Meanwhile, Sophie’s memories of being left alone in the world propel the young obstetrician to help a desperate mother—and catapult her into the orbit of a very dangerous man.

Vividly drawing on historical events, Sara Donati has written a captivating, emotionally gripping novel that proves she is an author at the height of her powers.

Posted by Margaret @ JustOneMoreChapter at 7:38 AM