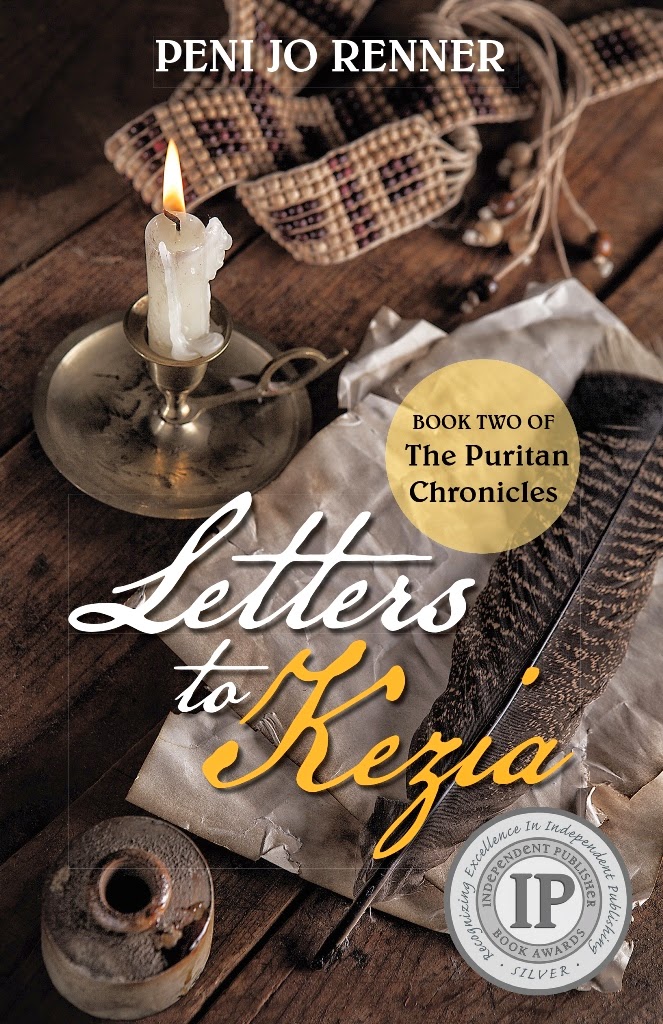 It is 1693 in Hereford, Connecticut, when Mary Case, the spinster daughter of a Puritan minister, finds herself hopelessly smitten by the roguish thief, Daniel Eames. Betrothed to a man she does not like or love, she is soon compelled to help Daniel escape from jail. Suddenly, she finds herself on the run, not only accused of being Daniel’s accomplice, but also of murder.

The fugitive pair soon finds solace-and a mutual attraction-among the escapee’s Algonquin friends until two men from Daniel’s dark past hunt them down. After Mary is captured and returned home to await trial, a tragedy takes the life of her younger sister, revealing a dark secret Mary’s father has kept for months. But just as Mary learns she is pregnant, she makes a horrifying discovery about Daniel that changes everything and prompts her to develop an unlikely bond with his mother, Rebecca, who soon saves Mary from a shocking fate. It is not until years later that her daughter, Kezia, finally learns the truth about her biological father and family.

Letters to Kezia shares a courageous woman’s journey through a Puritan life and beyond as she struggles with adversity and betrayal, and discovers that loyalty can sometimes mean the difference between life and death.


The first book in this series, The Puritan Witch was one of my favorites of 2014, it centers on the time period when Rebecca Eames languishes in jail accused of being a witch.  Though you don't have to read it before this one, I highly recommend it.  Coming it at 208 pages Letters to Kezia isn't a long read but rather a fast paced and emotional story.

Daniel is Rebecca's son where he is first introduced in the previous book,  the direction his life has taken was a true reflection of the time period, especially with what he had endured in the past.  Though Daniel is a supporting character in this book, he is the ancestor of the author.

Mary is a likeable woman, her growth throughout this book brought out a courageous young woman.  One that stand up for what she believed even when powerless, at times, to act on it.  That time period was not friendly to the desires of women, putting them at the mercy of others.  Scandal was severely punished and lives ruined.

I liked the way this book was written, with journal entries by Mary as well as narrative reading and at times jumping ahead 20 years.  Sound confusing?  Well it wasn't at all, very easy to follow and hard to put down.  There is a lot going on in this book, scandal, heartache, betrayal, love, relationship between Iroquios, forgiveness and more.  At times I wished it was a little longer and maybe a little more depth into Daniel's thoughts would have been nice.  But all in all a great little story that is sure to please those interesting in this time period.

Praise for Letters to Kezia

“In the tradition of author Peni Jo Renner’s gripping debut novel, Puritan Witch: The Redemption of Rebecca Eames, Letters to Kezia recounts the tale of courageous, compassionate, and relatable Mary, whose connection to Rebecca and her family is unforeseen and profound. The reader is captivated at the very first page, as Letters to Kezia is a story of forbidden love, deep family secrets, intrigue, murder, and atonement. Another beautifully written triumph for this author, whose immense gift for story-telling transports the reader into each scene so deftly, one can almost smell the wood smoke and hear the crackling of the fire in the hearth.” – Kelly Z. Conrad, award-winning author of Shaman

“Peni Jo Renner enthralled readers with Puritan Witch, the ordeal of Rebecca Eames, who was condemned to hang from Salem’s gallows as a witch. Now the Eames saga continues as Peni uses her special brand of witchery to bring Mary Case and Daniel Eames to vivid life, and shows us just how much a young woman will risk for love. Letters to Kezia is a poignant, true-life tale from colonial New England’s heartland which will captivate you, and keep you guessing until the end.” -JoAnn Butler, author of Rebel Puritan and The Reputed Wife

PENI JO RENNER is the author of the IPPY award-winning novel, Puritan Witch: the Redemption of Rebecca Eames. Originally from North Dakota, Peni now lives with her husband in Maryland where she is currently researching for the third book in the Puritan Chronicles series.

Posted by Margaret @ JustOneMoreChapter at 7:53 AM