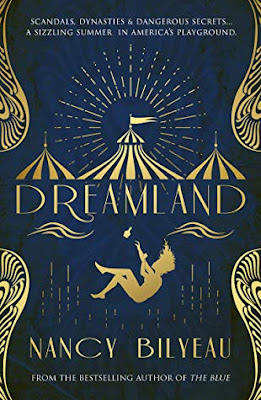 The year is 1911 when twenty-year-old heiress Peggy Batternberg is invited to spend the summer in America’s Playground.

The invitation to the luxurious Oriental Hotel a mile from Coney Island is unwelcome. Despite hailing from one of America’s richest families, Peggy would much rather spend the summer working at the Moonrise Bookstore than keeping up appearances with New York City socialites and her snobbish, controlling family.

But soon it transpires that the hedonism of nearby Coney Island affords Peggy the freedom she has been yearning for, and it’s not long before she finds herself in love with a troubled pier-side artist of humble means, whom the Batternberg patriarchs would surely disapprove of.

Disapprove they may, but hidden behind their pomposity lurks a web of deceit, betrayal and deadly secrets. And as bodies begin to mount up amidst the sweltering clamour of Coney Island, it seems the powerful Batternbergs can get away with anything…even murder.

Nancy Bilyeau has cemented herself as a go-to author, she writes in such a way that I am put in that location and her characters are real - both likable and others not so much.

Dreamland takes place on Coney Island, a place I’ve heard of but never read about or even seen pictures of. So a real treat for me on so many levels.

Dreamland is a story about Peggy, only 20 years old and because of her privileged upbringing, being segregated from those deemed unacceptable and not her kind, she can be naive in an innocent way that just made me like her all the more.  She was smart and looking out for others.  A great character, loosely based on Peggy Guggenheim (I read the author's notes and loved them as well).

The mystery played out very nicely here, with its many layers I was kept on my toes and loved the ride.

I love the author’s writing, she sets me right in the heart of the setting. Between the mystery, setting and character development Dreamland is a well-written book that kept me glued to the pages, thinking JustOneMoreChapter as I savored this gem.


Thank you to Hannah at Endeavour Media for an ARC in exchange for an honest review. 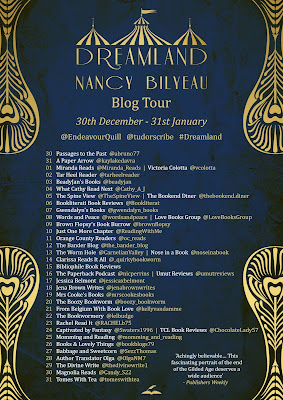 Posted by Margaret @ JustOneMoreChapter at 10:17 AM