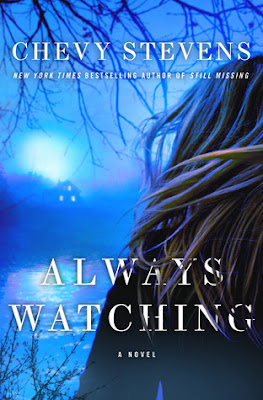 She helps people put their demons to rest.

But she has a few of her own…

In the lockdown ward of a psychiatric hospital, Dr. Nadine Lavoie is in her element. She has the tools to help people, and she has the desire—healing broken families is what she lives for. But Nadine doesn’t want to look too closely at her own past because there are whole chunks of her life that are black holes. It takes all her willpower to tamp down her recurrent claustrophobia, and her daughter, Lisa, is a runaway who has been on the streets for seven years.

When a distraught woman, Heather Simeon, is brought into the Psychiatric Intensive Care Unit after a suicide attempt, Nadine gently coaxes her story out of her—and learns of some troubling parallels with her own life. Digging deeper, Nadine is forced to confront her traumatic childhood and the damage that began when she and her brother were brought by their mother to a remote commune on Vancouver Island. What happened to Nadine? Why was their family destroyed? And why does the name Aaron Quinn, the group’s leader, bring complex feelings of terror to Nadine even today?

And then, the unthinkable happens, and Nadine realizes that danger is closer to home than she ever imagined. She has no choice but to face what terrifies her the most…and fight back.

Sometimes you can leave the past, but you can never escape.

Told with the trademark powerful storytelling that has had critics praising her work as “Gripping” (Kirkus), “Jaw-dropping” (Publishers Weekly) and “Crackling with suspense” (People magazine), ALWAYS WATCHING shows why Chevy Stevens is one of the most mesmerizing new talents of our day.


Kindle Edition, 497 pages
Published June 18th, 2013
by St. Martin's Press
****
Ever since reading Still MIssing Chevy Stevens has been a go-to author for me.  While some of her other books have been hit and miss I really appreciate her settings and am always in my happy place in British Columbia.  With Always Watching she again took me to Victoria and the bush.  I've been there and did a little exploring off the main drag myself so I was right at home reading this one.

This is actually Steven's third book and while I have read the previous two I don't really recall Nadine Lavoie's character.  What I love about this author is her pacing, the story flowed nicely but then towards the end picks up speed and by that point you just have read and hope someone else picks up the reigns at dinnertime.

The storyline was interesting as it dealt with a number of different mental issues (I won't mention them) as well as an eye-opener into the workings of a cult.  With the psychological hold and their methods of drawing those most vulnerable at times were hard to fathom.

All in all, Always Watching was a gripping story that I polished off in a couple days over the holidays and have now officially read all of Chevy Stevens books.  Hopefully, the wait for a new one isn't too long.

My thanks to St. Martin's Press (via Netgalley) for a Kindle copy of this book (and my apologies for the tardiness in this review)..
Posted by Margaret @ JustOneMoreChapter at 8:09 PM