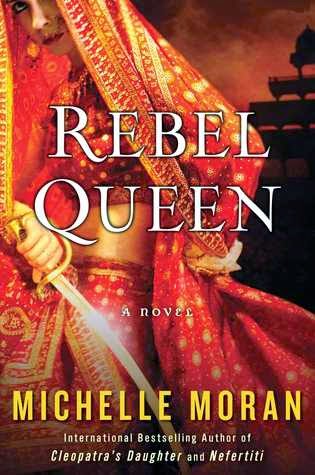 Michelle Moran is a favorite of mine

When the British Empire sets its sights on India in the 1850s, it expects a quick and easy conquest. After all, India is not even a country, but a collection of kingdoms on the subcontinent. But when the British arrive in the Kingdom of Jhansi, expecting its queen to forfeit her crown, they are met with a surprise. Instead of surrendering, Queen Lakshmi raises two armies—one male, one female—and rides into battle like Joan of Arc. Although her soldiers are little match against superior British weaponry and training, Lakshmi fights against an empire determined to take away the land she loves.

Told from the perspective of Sita, one of the guards in Lakshmi's all-female army and the queen’s most trusted warrior, The Last Queen of India traces the astonishing tale of a fearless ruler making her way in a world dominated by men. In the tradition of her bestselling novel Nefertiti, which Diana Gabaldon, author of the Outlander series, called “a heroic story with a very human heart,” Michelle Moran once again brings a time and place rarely explored in historical fiction to rich, vibrant life.

Posted by Margaret @ JustOneMoreChapter at 9:15 PM