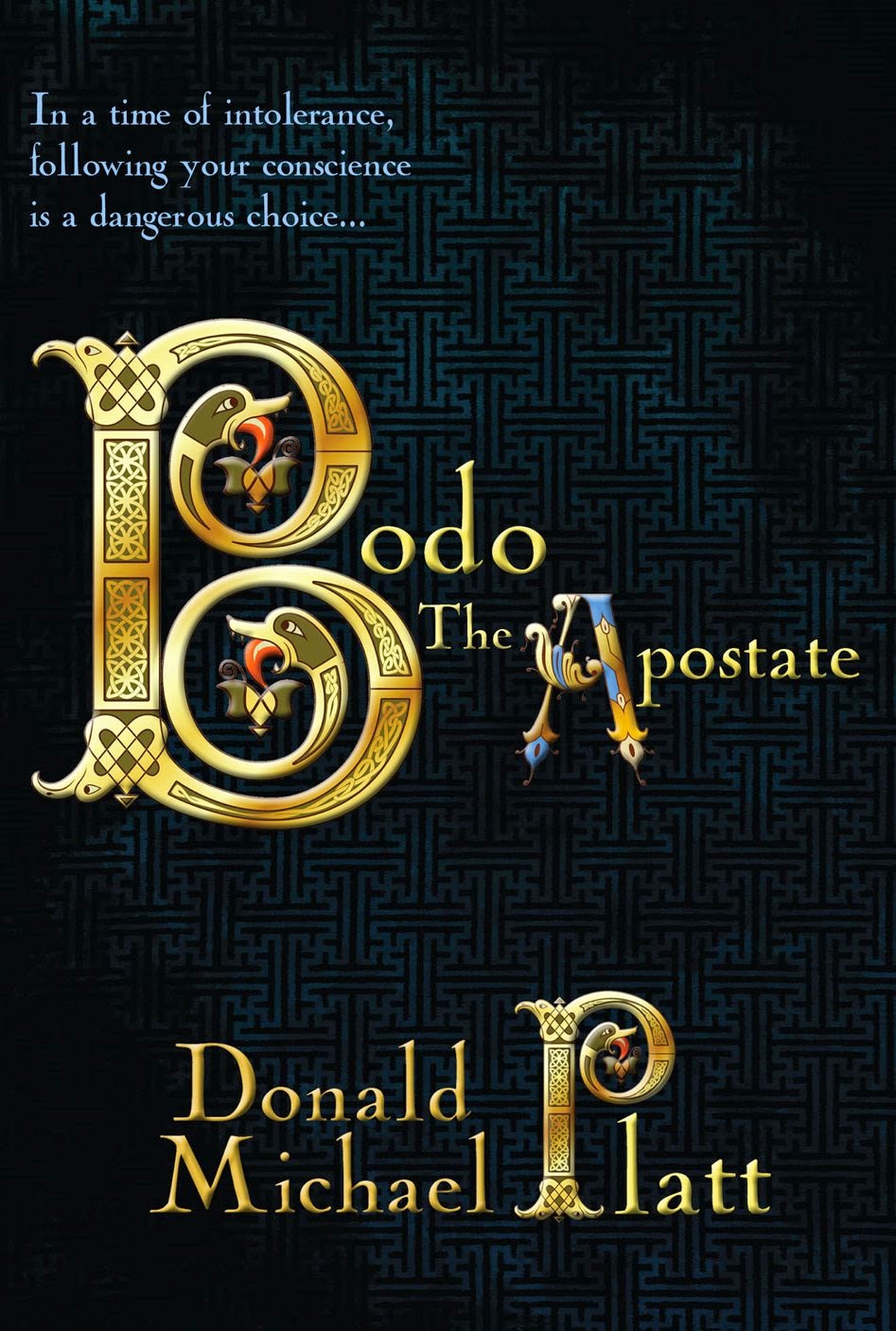 "… in the meantime, a credible report caused all ecclesiastics of the Catholic Church to lament and weep.” Prudentius of Troyes, Annales Bertiniani, anno 839

On Ascension Day May 22, 838, Bishop Bodo, chaplain, confessor, and favorite of both his kin, Emperor Louis the Pious, son of Charlemagne, and Empress Judith, caused the greatest scandal of the Carolingian Empire and the 9th century Roman Church.
Bodo, the novel, dramatizes the causes, motivations, and aftermath of Bodo’s astonishing cause célèbre that took place during an age of superstitions, a confused Roman Church, heterodoxies, lingering paganism, broken oaths, rebellions, and dissolution of the Carolingian Empire.

ebook provided as part of this tour
****

One of my favorite aspects of reading HF is discovering those people in history that you never (or very rarely) hear about.  Those that have done something significant but we don't hear or know much about, they are waiting quietly in the wings for someone to write their story.  That is precisely what Donald Michael Platt has done here.

This is a relatively new author to me, I've previously only read one of his books, Close to the Sun which I really enjoyed and why I wanted to be part of this tour for his latest.

This book is set in a time period that I rarely read as well as taking place in a location that I am unfamiliar with.  Bodo is only 6 years old when this book begins.  The author paints a vivid picture of his life as he grows, through tragedy that befalls him and his sister.  No I am not going to recall everything that takes place here and spoil this book for anyone.  One of the first things that stuck me about this book is the rich details regarding traditions and life style during that era.  With power struggles and dominion by the Catholic church this story stayed true to its time.  It's a story where blood isn't thicker than water, power struggles dominate and religion plays a big role.

The author has shown his interest and respect of this time period with the about of research that was involved here.  I liked Bodo, he was true to himself and his journey was fascinating to read about.

It's no secret that I love book covers and I think this is fits the book perfectly. Author of four other novels, ROCAMORA, HOUSE OF ROCAMORA, A GATHERING OF VULTURES, and CLOSE TO THE SUN, Donald Michael Platt was born and raised in San Francisco. Donald graduated from Lowell High School and received his B.A. in History from the University of California at Berkeley. After two years in the Army, Donald attended graduate school at San Jose State where he won a batch of literary awards in the annual SENATOR PHELAN LITERARY CONTEST.

After living in Florianópolis, Brazil, setting of his horror novel A GATHERING OF VULTURES, pub. 2007 & 2011, he moved to Florida where he wrote as a with: VITAMIN ENRICHED, pub.1999, for Carl DeSantis, founder of Rexall Sundown Vitamins; and THE COUPLE’S DISEASE, Finding a Cure for Your Lost “Love” Life, pub. 2002, for Lawrence S. Hakim, MD, FACS, Head of Sexual Dysfunction Unit at the Cleveland Clinic.

Currently, Donald resides in Winter Haven, Florida where he is polishing a dark novel and preparing to write a sequel to CLOSE TO THE SUN.

Posted by Margaret @ JustOneMoreChapter at 7:52 AM