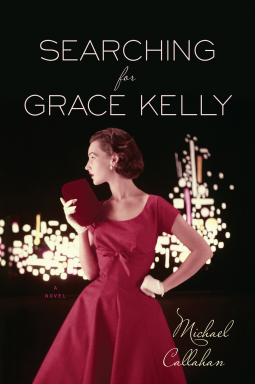 For a small-town girl with a big dream in 1955, there is no address more glamorous than New York’s Barbizon Hotel. Laura, a patrician beauty from Smith, arrives in its vaunted halls to work at Mademoiselle for the summer. Her hopelessly romantic roommate Dolly comes from a working-class upstate town to attend secretarial school. Vivian, a brash, redheaded British bombshell with a disregard for the hotel’s rules, rounds out the unlikely trio of friends.

As the summer wears on, Laura struggles to find her footing in the chic but formidable world of Manhattan publishing while Dolly battles her own demons of self-doubt. Vivian longs to sing at the Stork Club instead of just shilling cigarettes there, but finds herself floundering in more ways than one. Together, the girls embark on a journey of self-discovery that will take them from the penthouse salons of Park Avenue to the Beat scene of Greenwich Village to Atlantic City’s Steel Pier — and into the arms of very different men who will alter their lives forever.


Paperback, 288 pages
Expected publication: January 27th 2015 by Mariner Books
ebook provided via netgalley for honest review
****
I am wondering if I am the only one to request a copy of this book from netgalley believing that it was actually about Grace Kelly.  These days I usually skim over the synopis since I find they sometimes provide just a little too much of the storyline.  Was I disappointed that this book was not about Grace Kelly?  Not in the least, I enjoyed every minute in fact I finished off 80% of it in one day and that is not something that usually happens, I just couldn't help myself.

Michael Callahan has written a story focusing on three very different young women, each with different backgrounds and all living at the Barbizon Hotel.  The synopsis tells a little of their characters, Laura, Dolly and Vivian are unique, each with a different background, a history and their own reasons for being at the Barbizon.  We don't their full stories right away but are slowly drawn in to get to know them. They were real and had the right amount of depth to make this reader care about what was going on in their lives.

Yes I will admit at times the plot might have been a little predictable but I was enchanted throughout this book.  The 1950's is not a time period that I usually read so I found the life styles, setting and social standards rather intriguing.  The rest of the players in this book, Box, Nicky, Metzger, Pete (just to name a few) rounded the story off nicely.  Definitely an era that I will be on the lookout for.
Posted by Margaret @ JustOneMoreChapter at 12:51 AM