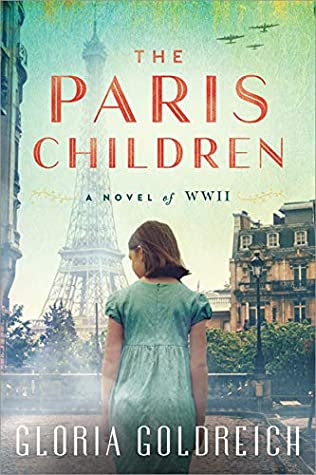 Inspired by the true story of one woman's fight to survive during the 20th century's darkest hour.
Paris, 1935. A dark shadow falls over Europe as Adolf Hitler's regime gains momentum, leaving the city of Paris on the brink of occupation. Young Madeleine Levy—granddaughter of Alfred Dreyfus, a Jewish World War I hero—steps bravely into a new wave of resistance and becomes the guardian of lost children.

When Madeleine meets a small girl in a tattered coat with the hollow look of one forced to live a nightmare—a young Jewish refugee from Germany named Anna—she knows that she cannot stand idly by. Paris is full of children like Anna—frightened and starving, innocent casualties of a war barely begun. Madeleine offers them comfort and strength while working with other members of the resistance to smuggle them into safer territories. But as the Paris she loves is transformed into a theater of tension and hatred, many people are tempted to abandon the cause—and the country. And amidst the impending horror and doubt, Madeleine's relationship with Claude, a young Jewish Resistance fighter, as passionate about saving vulnerable children as she is, deepens. With a questionable future ahead of them, all Madeleine can do is continue fighting and hope that her spirit—and the nation's—won't be broken.

A remarkable, paranoramic novel, The Paris Children is a story of love and tragedy that illuminates the power of hope and courage in the face of adversity.

The Paris Children is inspired by real historical events and that’s one of the reasons I enjoy this genre so much. Madeleine Levy is the granddaughter of a WW1 hero who happens to be Jewish. Once the 2nd World War hits hero or not this family is now a target by the SS.

This was an interesting story and more on the tell side verses show. Written in 3rd person there were aspects I enjoyed - courage, family, dedication and love but ultimately I found the details a little much. The slower pace also slowed my reading down and I found it hard to connect with the characters.

That being said I enjoyed the historical aspect, learning about this family I was unfamiliar with has me googling and educating myself a little more. The author definitely did her homework in the research department.

My thanks to the publisher, Sourcebooks, for an advanced copy in exchange for an honest review.

Posted by Margaret @ JustOneMoreChapter at 2:11 PM