Barbados 1652. In the aftermath of the English Civil War, the vanquished are uprooted and scattered to the ends of the earth.

When marauding English soldiers descend on Mairead O’Coneill’s family farm, she is sold into slavery. After surviving a harrowing voyage, the young Irish woman is auctioned off to a Barbados sugar plantation where she is thrust into a hostile world of deprivation and heartbreak.
Though stripped of her freedom, Mairead refuses to surrender her dignity.

Scottish prisoner of war Iain Johnstone has descended into hell. Under a blazing sun thousands of miles from home, he endures forced indentured labour in the unforgiving cane fields.

As Iain plots his escape to save his men, his loyalties are tested by his yearning for Mairead and his desire to protect her. With their future stolen, Mairead and Iain discover passion and freedom in each other’s arms. Until one fateful night, a dramatic chain of events turns them into fugitives. Together they fight to survive; together they are determined to escape.

The first word in the synopsis grabbed me right away, Barbados, one of my favorite vacation spots.  The '1652' just clinched it!  I love to read from places I've been, just getting a better feel for the place and its history.


The Civil War has taken its toll, not just the destruction of the land but its treatment of the enemy was cringe-worthy at times.  Severed Knot is a book of courage when things are at their absolute worst it's the perseverance of the characters that kept me going. While suspenseful it is also a book that tugs at the heartstrings seeing the cruelty of some and compassion of others.

It's quite evident that Cryssa Bazos has done a lot of research for this book.  She has taken a piece of history, forced slavery of Irish and Scottish, and created an atmospheric story which placed me in the middle watching it play out. I know how hot it can get in Barbados and with this book I could feel the heat, the smell, visualize the fields of sugar cane and understand how the market worked.

Historical fiction is my favorite and go-to genre and this book did not disappoint, I learned a lot of history from both England and Barbados while being entertained at the same time.

Definitely an author I will read more of. 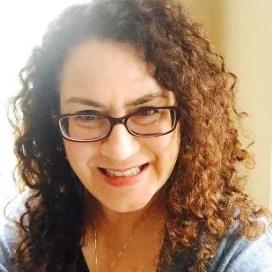 Cryssa Bazos is a historical fiction writer and 17th Century enthusiast, with a particular interest in the English Civil War (ECW). She blogs about English history and storytelling at her blog, the 17th Century Enthusiast, and is an editor of the English Historical Fiction Authors blog site.

Cryssa’s debut novel, Traitor’s Knot, a romantic tale of adventure set during the English Civil War. Traitor’s Knot is the first in a series of adventures spanning from the ECW to the Restoration and is now available from Endeavour Press. The second book in the series, Severed Knot, will be released in June 2019.