Audio Review: The Secret of the Irish Castle (Deverill Chronicles #3) by Santa Montefiore 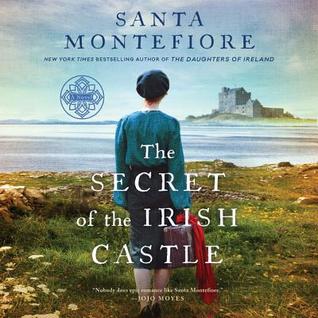 It is 1939 and peace has flourished since the Great War ended. But much has changed for the Deverill family and now a new generation is waiting in the wings.

Martha Wallace came to Dublin from her home in America to find her birth mother. But instead, she has lost her heart to the impossibly charming JP Deverill. Then she discovers that her mother comes from the same place as JP, and her fate seems sealed.

Bridie Doyle, now Countess di Marcantonio and mistress of Castle Deverill, is determined to make the castle she used to work in her home. But her flamboyant husband Cesare has other ideas. And as his eye strays away from his wife, those close to them start to wonder if he really is who he says he is.

Kitty Deverill has come to terms with her life with her husband Robert, and their two children. But then Jack O’Leary, the love of her life, returns to Ballinakelly. And this time his heart belongs elsewhere…

This summer discover the dramatic conclusion to the bestselling Deverill Chronicles.

Book 3 of The Deverill Chronicles has come to a fitting conclusion, I think this is the first time I have read a trilogy in as many months. I really enjoyed the first two books in this trilogy, the characters were interesting not always likable, the story was plausible and I love the Irish setting.

They were lots of loose ends that tied up nicely for some, not so much for others. But a fitting conclusion to a series that spanned from 1916 till after the Second World War. Three young girls began and what a life they have lived. Oh, and did I mention the curse, yes the Castle is cursed, it added that extra zip, it wasn't necessary but was a nice bonus. There were a few things I found a little too coincidental and predictable but not enough to spoil my enjoyment.

My only complaint would be the book titles, different from the UK edition and since collecting Santa Montefiore novels I’ve managed to acquirer many duplicates. This book is also known as The Last Secret of the Deverills.


My thanks to the publisher (via Edelweiss) for an advanced copy. 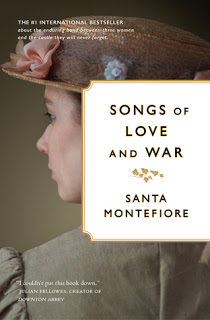 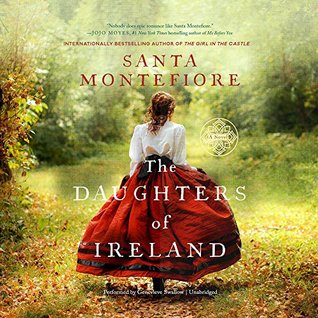 click on the cover to take you to review

Posted by Margaret @ JustOneMoreChapter at 10:44 PM