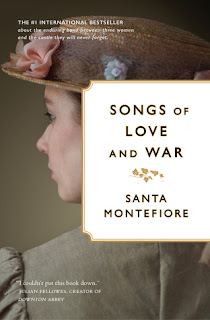 Their lives were mapped out ahead of them. But love and war will change everything…

West Cork, Ireland, 1900. The year marks the start of a new century, and the birth of three very different women: Kitty Deverill, the flame-haired Anglo-Irish daughter of the castle, Bridie Doyle, the daughter of the Irish cook and Celia Deverill, Kitty's flamboyant English cousin.

Together they grow up in the dreamy grounds of the family's grand estate, Castle Deverill. Yet their peaceful way of life is threatened when Ireland's struggle for independence reaches their isolated part of the country.

A bastion of British supremacy, the castle itself is in danger of destruction as the war closes in around it, and Kitty, in love with the rebel Jack O'Leary and enflamed by her own sense of patriotism, is torn between loyalty to her Anglo-Irish family and her deep love of Ireland and Jack.

Wrenched apart by betrayal, their world turned to ash, the girls' friendship seems all but lost as they are swept to different parts of the globe. Yet, they have one thing in common: a fierce and unwavering longing for Castle Deverill and all the memories contained within it.

I am Maggie O'Leary, Lord Deverill, you have wronged me and my descendants by taking our land and breaking out spirits.  Until you right those wrongs I curse you and your heirs to an eternity of unrest and to the world of the undead.

The first book in a planned trilogy, it is also published as The Girl in the Castle.

I have been a fan of Santa Montefiore since reading her book Secrets of the Lighthouse, perfect in audio format as well as reading.  She has been compared to Kate Morton and Beatriz Williams, those are big shoes to fill and she pulls it off.

Kitty Deverill was born on the ninth day of the ninth month in the year 1900 to a mother that didn’t really want her and a relatively absent father, she spends most of her time with grandparents at Castle Deverill. The ghosts of her ancestors kept her company and this aspect is a lovely addition to the story. The Deverills are an English family living in Ireland and it’s during the fight for independence that most the action and drama takes over, though the repercussions continue for years to come. With rich detail and staying true to the history I was drawn in to the struggles and convictions of the Irish. The amount of research the author has done is evident, her passion for the time period shows very nicely here, I had no problem envisioning the landscape, the castle and lifestyle of the different social classes.

The plot was intricate with a story line that involved a wide range of characters, whether those making brief appearances or the one's this book revolves around, they were well developed, flawed, unique and authentic.

This is definitely a series I will continue to read (already listening to the audiobook of The Daughters of Ireland ). Thanks to the publisher via Netgalley for a copy of this book in exchange for a honest review.
Posted by Margaret @ JustOneMoreChapter at 11:10 PM