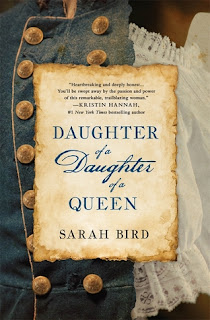 From author Sarah Bird comes the compelling, hidden story of Cathy Williams, a former slave and the only woman to ever serve with the legendary Buffalo Soldiers.

Here’s the first thing you need to know about Miss Cathy Williams: I am the daughter of a daughter of a queen and my mama never let me forget it.

Though born into bondage on a “miserable tobacco farm” in Little Dixie, Missouri, Cathy Williams was never allowed to consider herself a slave. According to her mother, she was a captive, bound by her noble warrior blood to escape the enemy. Her means of deliverance is Union general Phillip Henry “Smash ‘em Up” Sheridan, the outcast of West Point who takes the rawboned, prideful young woman into service. At war’s end, having tasted freedom, Cathy refuses to return to servitude and makes the monumental decision to disguise herself as a man and join the Army’s legendary Buffalo Soldiers.

Alone now in the ultimate man’s world, Cathy must fight not only for her survival and freedom, but she vows to never give up on finding her mother, her little sister, and the love of the only man strong and noble enough to win her heart. Inspired by the stunning, true story of Private Williams, this American heroine.

One of the things I love about reading historical fiction is discovering people, places, and events that are new to me. Cathy Williams - doesn’t ring any bells. The Buffalo Soldiers - nope nothing, even General Sheridan offers no recognition. Mind you I am Canadian but I have heard my fair share of US history. Now I do know the time, slavery has been abolished, and though I’ve heard of former slaves joining the army, a women doing this, yea that’s a new one. Part of me was skeptical, not even believing it could actually happen, let alone go on for 2 years. It was my friend Stephanie and fellow blogger from Layered Pages that changed my mind. I always notice when 5 stars come from her.

This book was told from Cathy’s POV, and I went the audio route here. I say that because audio in first person is wonderful. It’s like Cathy was sitting right there telling me her story and what a story it is. Every time I had a question she answered it, she shared the struggles and horrors the troop encountered. The reader was Bahni Turpin, she did a great job capturing Cathy’s voice, it was like I was right in the action.

Sarah Bird is a new author to me, how she came about writing this book was a bonus feature in the audio version and I loved it. Her research shines through, and she doesn’t hold back but tells it like it was.

Daughter of a Daughter of a Queen is definitely a book I recommend, especially for those looking for strong female figures from the past.


My thanks to the publisher for an advanced copy (via Netgalley).
Posted by Margaret @ JustOneMoreChapter at 10:37 PM