Review: In Her Bones by Kate Moretti 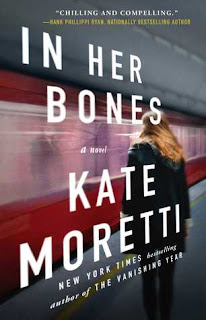 “A higher level than the standard thriller. Readers will enjoy this book for the suspense…[and] love it for the skill and mastery Moretti has for her craft.” —New York Journal of Books

New York Times bestselling author Kate Moretti’s next “exceptional…emotionally astute, [and] deliciously sinister” (Kirkus Reviews, starred review) thriller follows the daughter of a convicted serial killer who finds herself at the center of a murder investigation.

Fifteen years ago, Lilith Wade was arrested for the brutal murder of six women. After a death row conviction, media frenzy, and the release of an unauthorized biography, her thirty-year-old daughter Edie Beckett is just trying to survive out of the spotlight. She’s a recovering alcoholic with a dead-end city job and an unhealthy codependent relationship with her brother.

Edie also has a disturbing secret: a growing obsession with the families of Lilith’s victims. She’s desperate to see how they’ve managed—or failed—to move on. While her escalating fixation is a problem, she’s careful to keep her distance. That is, until she crosses a line and a man is found murdered.

Edie quickly becomes the prime suspect—and while she can’t remember everything that happened the night of the murder, she’d surely remember killing someone. With the detective who arrested her mother hot on her trail, Edie goes into hiding. She’s must get to the truth of what happened that night before the police—or the real killer—find her.

Unless, of course, she has more in common with her mother than she’s willing to admit…

Perfect for fans of Ruth Ware, In Her Bones features Moretti’s “riveting and insightful” (Megan Miranda, New York Times bestselling author) prose and “chillingly satisfying” (Publishers Weekly) twists, and will leave you questioning the nature of guilt, obsession, and the toxicity of familial ties.

There seems to be a lot of hype with serial killer books, but what about the family left behind? Those stunned with what they missed and was there something they could have done to prevent a loved one's crimes? Kate Moretti tackles that very subject with her latest, In Her Bones.

Edi's mother is on death row for her horrible crimes. In Her Bones isn’t just a present day story but weaves back in time with Edi’s growing up years and what turned her into the woman she is. Getting inside her brain as she becomes obsessed with the ‘remainders’ - the loved ones of her mother's victims. But when tragedy strikes again she is forced to come to grips with the past if she wanted a future.

This is my third book by Moretti and I think my favourite. With plenty of twists and turns I was kept on my toes. While this wasn’t a fast-paced story I still managed to read in a couple days. The ending is always important in these types of books, are they believable even plausible? Or just something pulled out of the air. This one worked and loose ends were tied up nicely.

In Her Bones isn’t just a murder mystery but also a story of healing, acceptance, and trust, one I recommend, my thanks to Atria Books for an advanced copy in exchange for honest review. 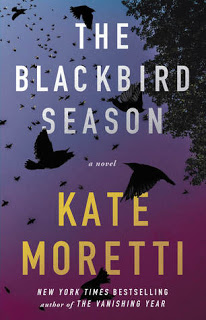 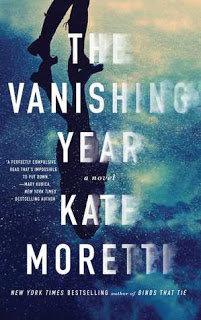 click on the cover to take you to my review

Posted by Margaret @ JustOneMoreChapter at 10:20 AM