Review: Beyond the Wild River: A Novel by Sarah Maine 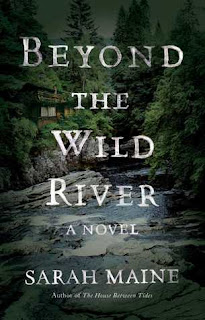 For fans of Kate Morton and Beatriz Williams, a highly atmospheric and suspenseful historical novel, set in the 1890s about a Scottish heiress who unexpectedly encounters her childhood friend in North America, five years after he disappeared from her family’s estate the night of a double murder.

Nineteen-year-old Evelyn Ballantyre has rarely strayed from her family’s estate in the Scottish Borderlands, save for the occasional trip to Edinburgh, where her father, a respected magistrate, conducts his business—and affairs of another kind. Evelyn has always done her duty as a daughter, hiding her boredom and resentment behind good manners—so when an innocent friendship with a servant is misinterpreted by her father as an illicit union, Evelyn is appalled.

Yet the consequence is a welcome one: she is to accompany her father on a trip to North America, where they’ll visit New York City, the 1893 World’s Fair in Chicago, and conclude with a fishing expedition on the Nipigon River in Canada. Now is her chance to escape her cloistered life, see the world, and reconnect with her father.

Once they’re on the Nipigon, however, Evelyn is shocked to discover that their guide is James Douglas, the former stable hand and her one-time friend who disappeared from the estate after the shootings of a poacher and a gamekeeper. Many had assumed that James had been responsible, but Evelyn never could believe it. Now, in the wilds of a new world, far from the constraints of polite society, the truth about that day, James, and her father will be revealed…to stunning consequences.

I loved Sarah Maine's debut novel, The House Between Tides and got very excited when I heard there was a new one being released. While reading the blurb for this new book I was immediately drawn to references to Kate Morton and Beatrice Williams, both are favorites of mine and each have a unique, intricate and mesmerizing writing style that draws me right in. Those are mighty big shoes to be compared with, making me somewhat apprehensive now on whether this book could deliver the same feelings.

I love the plot for this book it sounded interesting, beginning in Scotland and traveling to New York Chicago and then up to Canada, Lake Nipigon which is an area I am familiar with. The book starts out with a double murder and the disappearance of a young man, then the drama when he just happens to be at this location in Canada.

I wanted to love this book I wanted it to be the type of book I had a hard time putting down and based on her previous novel I kind of expected it. However I found the book moved a bit slow for my liking and I struggled to connect with the characters. It wasn't until the last quarter of the book that things picked up both with the plot and character building. While I found the first part over descriptive I did joy the setting in northern Ontario and I loved a glimpse of the history from that area. Definitely some serious research took place here.

All in all an interesting mystery that played out differently from what I expected  The author's notes were great, I love Canadian history and enjoyed the links and references to this countries past.  I never realized that trips to northern Ontario by Europeans were popular in that time period.

My thanks to the publisher (via Netgalley) for an advanced e-book copy of this book. 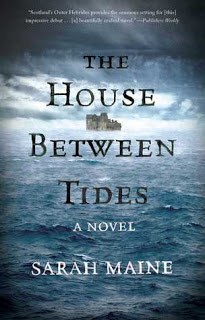 Posted by Margaret @ JustOneMoreChapter at 7:34 PM