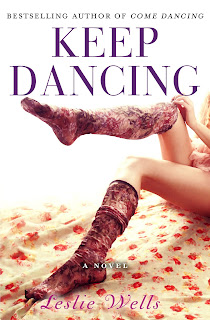 Julia is a young book editor on the rise. Jack is a British rock star at the pinnacle of his fame.
Can they both get what they want—if what they need threatens to tear them apart?

It’s January, 1982. Twenty-four-year-old Julia Nash has just moved in with her boyfriend, rock and roll guitarist extraordinaire Jack Kipling. Their connection sizzles as Jack takes her to England to meet his mother, and then to a private Caribbean island for a sensual post-holiday retreat.

But back in New York, they hit a turbulent patch. Career-focused Julia is in the running for a new job, while Jack’s life becomes even more chaotic with an upcoming thirty-city tour. Although free-spirited Jack enjoys his partying lifestyle, he craves more support on the home front. But Julia doesn’t know if she can ever be a domestic goddess—or if her wild boyfriend can ever be domesticated.

On tour, Julia experiences private jets, mind-blowing concerts, shocking hotel room antics, and screaming headlines. Back home, she has to decide if their relationship can withstand the ravages of fame and conflicting interests—not to mention a suave bestselling author who seems to like more than her grammar sense.

Emotionally poignant, hilarious and steamy, Keep Dancing will delight brand-new readers as a stand-alone novel, and also serves as the perfect follow-up to Come Dancing.

“Set in the 80s and dripping with the excesses this time period excelled at, Julia and Jack have reached a point in their relationship where the hard work begins. Julia is working towards her own stardom, while Jack continues to play in the world that made him. As external forces do their best to force this unusual couple apart, Jack and Julia will need to decide if they should keep dancing or find new partners. Emotionally plump with laughter, love, and heartbreak…” —Smexy Book Reviews

“HOT”—“In book two of the Jack and Julia series, Wells once again titles chapters after hit songs, and finds even more ways to describe the excitement surrounding New York City as she did in the debut…” —Romance Times

“This is a 5 star series, and I recommend this as a wonderfully fun yet angsty read. I loved the chemistry between Jack and Julia and their crazy bad communication skills (they didn’t have cell phones, after all). The breakups were worth it, if only just so they could make up!” –Cindy Becker, The Book Enthusiast

Praise for the first novel about Jack and Julia: Come Dancing, an Amazon Bestseller and Apple iBooks Breakout Book

“Sometimes a book like this comes along and takes me out of the niche reading that I tend to find myself in…. I am in love… So very sex + the city.” —Must Read Books or Die

“Once you start, you are completely unable to put it down.” —Devilishly Delicious Book Reviews

“Like a well-oiled machine or a well-tuned guitar, Julia and friends work their way into your heart.” —Satisfaction for Insatiable Readers
“Hot, sexy, and combustible.” —Blushing Divas Book Reviews

“Come Dancing is brimming with both humor and heart.” —Flashlight Commentary

“It’s a fun romp, and the sparkling characters definitely made it worth the read.” —A Bookish Affair 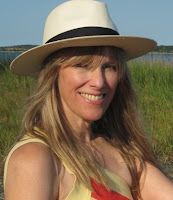 Leslie Wells left her small Southern town in 1979 for graduate school in Manhattan, after which she got her first job in book publishing. She has edited forty-eight New York Times bestsellers in her over thirty-year career, including thirteen number one New York Times bestsellers. Leslie has worked with numerous internationally known authors, musicians, actors, actresses, television and radio personalities, athletes, and coaches. She lives on Long Island, New York.
Website | Blog | Facebook | Google+ | Goodreads
Sign Up for Leslie Wells’s Newsletter.