The Camelot Kids by Ben Zackheim 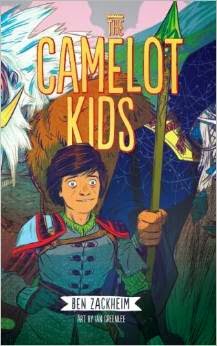 What happens when Merlin tries to save the world with 150 teenage descendants of The Knights of the Round Table?


Luckily, Merlin finds Simon Sharp — a natural leader, but not a big fan of the Camelot myth. In fact, his parents, both obsessed with King Arthur, died in a plane crash on their way to an archaeological dig. So when Merlin tells him that he’s a descendant of Lancelot, King Arthur’s strongest warrior, Simon is skeptical and not receptive in the least. And that’s just the beginning of a story that will leave readers thrilled, wanting more and entirely convinced of the brilliance of Simon Sharp.

In the same way that magic is the code that holds Harry Potter’s world together, chivalry is the code, the foundation and the social dynamic of The Camelot Kids. Chivalry is, in a sense, real-life magic, and it is the real-life code Simon and the other teenagers learn to live by.

Guess what my grandson is getting for his birthday?  Yup perfect for this 10 year old and much enjoyed by grandma also.  The cover of this book is great, it's colorful and eyecatching.  The vivid descriptions along with the illustrations throughout enhances this story nicely.

There are 4 parts to this story, you can buy them individually or all in one book.  I am only going to comment on the first book which introduces us to the plot and Simon.  I loved Simon, he was real and it wasn't hard to feel his plight and sympathy for him.  Orphaned at a young age, bounced around foster homes and finally ending up with a rather odd uncle. This is where the story gets interesting and starts to really unfold.  Simon is you average mischievous boy trying to fit in without drawing attention to himself, but alas that doesn't happen. This is where Merlin shows up and leaves one looking forward to part 2.

The Camelot Kids is a fast paced book full of adventure, mystery and suspense, sure to grab the attention of middle grade aged kids (adults too). 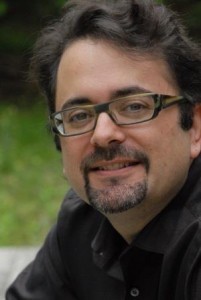 Zackheim’s storytelling chops span TV (Nickelodeon), Games (Sony), Books (Shirley Link) and screenplays (Chester Yang, an Austin Heart of Film Festival semi-finalist script). Parents.com and Edward Hemingway have both highly recommended Shirley Link as a great book for Middle Graders.
Find out more about Ben at his website, and connect with him on Twitter and Facebook.