I Am Lincoln by Jerome Charyn (Book Tour)

Narrated in Lincoln’s own voice, the tragicomic I Am Abraham promises to be the masterwork of Jerome Charyn’s remarkable career. 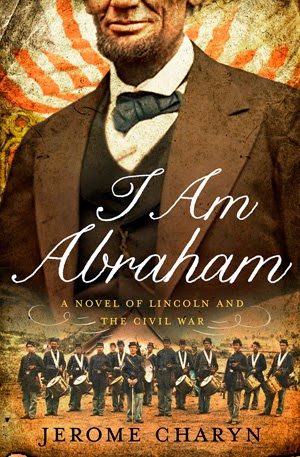 Since publishing his first novel in 1964, Jerome Charyn has established himself as one of the most inventive and prolific literary chroniclers of the American landscape. Here in I Am Abraham, Charyn returns with an unforgettable portrait of Lincoln and the Civil War. Narrated boldly in the first person, I Am Abraham effortlessly mixes humor with Shakespearean-like tragedy, in the process creating an achingly human portrait of our sixteenth President.

Tracing the historic arc of Lincoln’s life from his picaresque days as a gangly young lawyer in Sangamon County, Illinois, through his improbable marriage to Kentucky belle Mary Todd, to his 1865 visit to war-shattered Richmond only days before his assassination, I Am Abraham hews closely to the familiar Lincoln saga. Charyn seamlessly braids historical figures such as Mrs. Keckley—the former slave, who became the First Lady’s dressmaker and confidante—and the swaggering and almost treasonous General McClellan with a parade of fictional extras: wise-cracking knaves, conniving hangers-on, speculators, scheming Senators, and even patriotic whores.

We encounter the renegade Rebel soldiers who flanked the District in tattered uniforms and cardboard shoes, living in a no-man’s-land between North and South; as well as the Northern deserters, young men all, with sunken, hollowed faces, sitting in the punishing sun, waiting for their rendezvous with the firing squad; and the black recruits, whom Lincoln’s own generals wanted to discard, but who play a pivotal role in winning the Civil War. At the center of this grand pageant is always Lincoln himself, clad in a green shawl, pacing the White House halls in the darkest hours of America’s bloodiest war.

Using biblically cadenced prose, cornpone nineteenth-century humor, and Lincoln’s own letters and speeches, Charyn concocts a profoundly moral but troubled commander in chief, whose relationship with his Ophelia-like wife and sons—Robert, Willie, and Tad—is explored with penetrating psychological insight and the utmost compassion. Seized by melancholy and imbued with an unfaltering sense of human worth, Charyn’s President Lincoln comes to vibrant, three-dimensional life in a haunting portrait we have rarely seen in historical fiction.

This was an audio read for me, coming in at 14 hours, 33 minutes. The reader was Arthur Morey and he did a great job, he actually sounded like I imagined President Lincoln would.  Audio books told in first person are one of my favorites, it's like the person is right there telling their story, which this book was.

I really don't know a lot about the life of Abe Lincoln, other then the ending.  With I Am Lincoln it showed a real glimpse of Lincoln, getting into his head with his fears and inner turmoil.  The synopsis above explains what takes place in this book, definitely a sign that the author has a passion for this time period and knows how to express it in an entertaining manner.

His relationship with his wife, Mary and his children were an interesting part of this story.  As well as Mary's bond with her sons and even Mrs. Keckley.  Mary was not without her own struggles and the author conveyed that situation in a real and believable manner.

I enjoyed this audio book, it brought to life a real chapter in US history and humanized Abraham Lincoln as a man that struggled with the state of his country, his people while dealing with his family at the same time.  And with any good book I would have liked it to continue to see the ramifications of his assassination.

Praise for I Am Abraham: A Novel of Lincoln and the Civil War

“Not only the best novel about President Lincoln since Gore Vidal’s Lincoln in 1984, but it is also twice as good to read.” — Gabor Boritt, author of The Lincoln Enigma and recipient of the National Humanities Medal

“Jerome Charyn [is] a fearless writer… Brave and brazen… The book is daringly imagined, written with exuberance, and with a remarkable command of historical detail. It gives us a human Lincoln besieged by vividly drawn enemies and allies… Placing Lincoln within the web ordinary and sometimes petty human relations is no small achievement.” — Andrew Delbanco, New York Review of Books

“Audacious as ever, Jerome Charyn now casts his novelist’s gimlet eye on sad-souled Abraham Lincoln, a man of many parts, who controls events and people—wife, sons, a splintering nation—even though they often are, as they must be, beyond his compassion or power. Brooding, dreamlike, resonant, and studded with strutting characters, I Am Abraham is as wide and deep and morally sure as its wonderful subjects.” — Brenda Wineapple, author of Ecstatic Nation: Confidence, Crisis, and Compassion: 1848-1877

“If all historians—or any historian—could write with the magnetic charm and authoritative verve of Jerome Charyn, American readers would be fighting over the privilege of learning about their past. They can learn much from this book—an audacious, first-person novel that makes Lincoln the most irresistible figure of a compelling story singed with equal doses of comedy, tragedy, and moral grandeur. Here is something beyond history and approaching art.” — Harold Holzer, chairman, Lincoln Bicentennial Foundation

“Jerome Charyn is one of the most important writers in American literature.” — Michael Chabon

“Jerome Charyn is merely one of our finest writers with a polymorphous imagination and crack comic timing. Whatever milieu he chooses to inhabit, his characters sizzle with life, and his sentences are pure vernacular music, his voice unmistakable.” — Jonathan Lethem

“Charyn, like Nabokov, is that most fiendish sort of writer—so seductive as to beg imitation, so singular as to make imitation impossible.” — Tom Bissell

“One of our most intriguing fiction writers takes on the story of Honest Abe, narrating the tale in Lincoln’s voice and offering a revealing portrait of a man as flawed as he was great.” — Abbe Wright, O, The Oprah Magazine

“Jerome Charyn, like Daniel Day-Lewis in Steven Spielberg’s superb 2012 movie, manages a feat of ventriloquism to be admired… Most of all, Lincoln comes across as human and not some remote giant… With that, Jerome Charyn has given Lincoln a most appropriate present for what would have been his 205th birthday this month: rebirth not as a marble memorial but as a three-dimensional human who overcame much to save his nation.” — Erik Spanberg, Christian Science Monitor

“Daring… Memorable… Charyn’s richly textured portrait captures the pragmatism, cunning, despair, and moral strength of a man who could have empathy for his bitterest foes, and who ‘had never outgrown the forest and a dirt floor.’” — The New Yorker 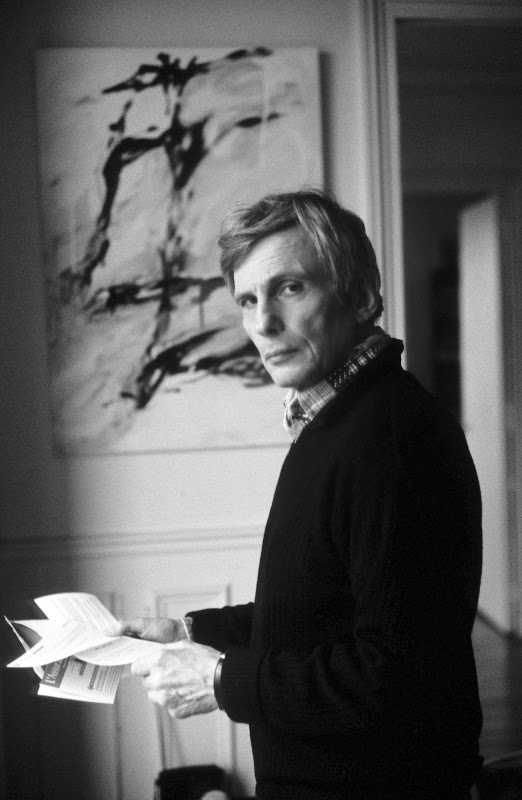 Jerome Charyn is an award-winning American author. With nearly 50 published works, Charyn has earned a long-standing reputation as an inventive and prolific chronicler of real and imagined American life. Michael Chabon calls him “one of the most important writers in American literature.” New York Newsday hailed Charyn as “a contemporary American Balzac,”and the Los Angeles Times described him as “absolutely unique among American writers.” Since the 1964 release of Charyn’s first novel, Once Upon a Droshky, he has published 30 novels, three memoirs, eight graphic novels, two books about film, short stories, plays and works of non-fiction. Two of his memoirs were named New York Times Book of the Year. Charyn has been a finalist for the PEN/Faulkner Award for Fiction. He received the Rosenthal Award from the American Academy of Arts and Letters and has been named Commander of Arts and Letters by the French Minister of Culture. Charyn was Distinguished Professor of Film Studies at the American University of Paris until he left teaching in 2009. In addition to his writing and teaching, Charyn is a tournament table tennis player, once ranked in the top 10 percent of players in France. Noted novelist Don DeLillo called Charyn’s book on table tennis, Sizzling Chops & Devilish Spins, “The Sun Also Rises of ping-pong.” Charyn lives in Paris and New York City.

For more information please visit Jerome Charyn’s website. You can also find him on Twitter and Goodreads.

I Am Abraham Blog Tour Schedule