Hold My Girl: A Novel by Charlene Carr 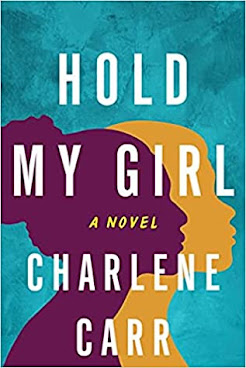 For fans of Jodi Picoult, Kate Hewitt and Ashley Audrain, a heart-wrenching novel about two women whose eggs are switched during IVF

Katherine is a woman full of obsessions. Everything clean, everything perfect, all the time. After seven years of trying—and failing—to conceive, she finally gives birth to Rose, her IVF miracle child. But she’s afraid that Rose may not be her daughter; her pale skin doesn’t match Katherine’s own.

Tess never got her happy ending. She took on IVF alongside Katherine and a group of hopeful mothers, but her daughter, Hanna, was stillborn. After a series of poor choices, she’s divorced, broke and stuck in a job that’s below her skill set.

Ten months later, Katherine and Tess get a call from the fertility clinic that reveals shocking news: the two women’s eggs were switched. While Katherine’s perfect life beings to crumble around her, for Tess it’s the glimmer of hope she needs to get her life back on track. But it will take a custody battle to decide who deserves to be Rose’s mother, a battle that will push both women to the brink.

With themes of racial identity, loss and betrayal, this emotional novel centred around a difficult moral question beautifully explores the complexities of motherhood.

Kindle, 432 pages
Expected publication: January 24th 2023
by HarperCollins Publishers
3.5/5 stars
Here I thought I knew about a lot of Canadian authors but somehow I missed Charlene Carr.
After reading the blurb I was prepared for an emotional read and for the first 50% I didn’t get that. The feels just weren’t there like I expected. The tone shifted and with that change I was feeling  some emotions. They came from secrets kept within and guilt/anger over a body that didn’t produce. The chain reaction that was caused by desire had a ripple affect on not just these 2 women but their family and friends as well.

Hold My Girl was an interesting story, it would make a great book club read with lots of things to talk about. But for me I would have loved more references to timing and it lacked that ‘unputdownable’ emotional feels I expected with characters that were likeable. While parts were predictable it didn’t have that wham factor for me.

Hold My Girl releases in just a few weeks. My thanks to Harper Collins CA for a digital arc (via NetGalley) in exchange for a honest review.
Posted by Margaret @ JustOneMoreChapter at 6:48 PM