The Lost Girls of Willowbrook by Ellen Marie Wiseman 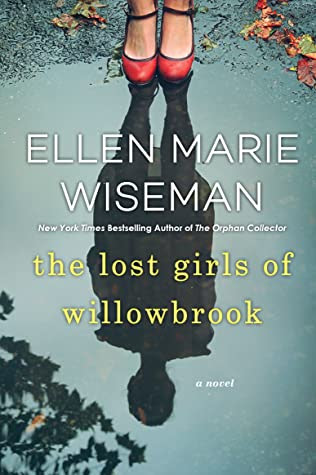 Sage Winters always knew her sister was a little different even though they were identical twins. They loved the same things and shared a deep understanding, but Rosemary—awake to every emotion, easily moved to joy or tears—seemed to need more protection from the world.

Six years after Rosemary’s death from pneumonia, Sage, now sixteen, still misses her deeply. Their mother perished in a car crash, and Sage’s stepfather, Alan, resents being burdened by a responsibility he never wanted. Yet despite living as near strangers in their Staten Island apartment, Sage is stunned to discover that Alan has kept a shocking secret: Rosemary didn’t die. She was committed to Willowbrook State School and has lingered there until just a few days ago, when she went missing.

Sage knows little about Willowbrook. It’s always been a place shrouded by rumor and mystery. A place local parents threaten to send misbehaving kids. With no idea what to expect, Sage secretly sets out for Willowbrook, determined to find Rosemary. What she learns, once she steps through its doors and is mistakenly believed to be her sister, will change her life in ways she never could imagined . . .

Paperback, 304 pages
Published August 30th 2022
by Kensington Publishing
3.5/5 stars
This is my second book by Ellen Marie Wiseman, The Orphan Collector was my first which takes place during the 1918 Spanish Flu pandemic and one I enjoyed.
The first half of this book was taken up with visuals of Willowbrook, the treatment and behaviour of not just the patients but the stuff as well. It was hard to read it times, depressing and anger inducing
As for the story itself I struggled to connect with Sage but still it was an interesting story with the mystery of her sister that led to so many discoveries. It wasn’t until the last third of the book where things really took off with some twists and a satisfying ending.  They were parts that had me suspending my belief maybe just a tad too much but at the risk of spoilers I will not mention them.

Willowbrook started out as a read but after a bit I switched over to the audio (thank you Scribd).   The descriptive nature worked better as an audiobook for me.  And yes I did go to YouTube and watched Geraldo Rivera’s expose what was going on at Willowbrook, it was truly heartbreaking.
The Lost Girls of Willowbrook is a mystery story based on a real place.  There is family drama, grief and heartache.  It shows a dark time in US history that affected the most vulnerable in the worst way possible.  Not only did I watch the Rivera but I was sucked down a deep hole to watch how changes were made, it took a bit and my heart breaks for those involved.
This book was part of my 2022 Reading Off My Shelf Challenge