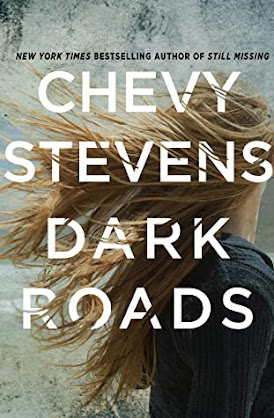 The acclaimed and beloved author of Still Missing is back with her most breathtaking thriller yet.

The Cold Creek Highway stretches close to five hundred miles through British Columbia’s rugged wilderness to the west coast. Isolated and vast, it has become a prime hunting ground for predators. For decades, young women traveling the road have gone missing. Motorists and hitchhikers, those passing through or living in one of the small towns scattered along the region, have fallen prey time and again. And no killer or abductor who has stalked the highway has ever been brought to justice.

Hailey McBride calls Cold Creek home. Her father taught her to respect nature, how to live and survive off the land, and to never travel the highway alone. Now he’s gone, leaving her a teenage orphan in the care of her aunt whose police officer husband uses his badge as a means to bully and control Hailey. Overwhelmed by grief and forbidden to work, socialize, or date, Hailey vanishes into the mountainous terrain, hoping everyone will believe she’s left town. Rumors spread that she was taken by the highway killer—who’s claimed another victim over the summer.

One year later, Beth Chevalier arrives in Cold Creek, where her sister Amber lived—and where she was murdered. Estranged from her parents and seeking closure, Beth takes a waitressing job at the local diner, just as Amber did, desperate to understand what happened to her and why. But Beth’s search for answers puts a target on her back—and threatens to reveal the truth behind Hailey’s disappearance…

Kindle Edition, 384 pages
Expected publication: August 3rd 2021
by St. Martin's Press
4/5 stars
Chevy Stevens had me at Still Missing and I've read every one of her books since.  A Canadian author that always sets her books in Canada, BC actually - one of my favorite places to visit.  Dark Roads is no different with its setting in a fictional town and the disappearance of women.
I can't exactly say this was a fast paced story, and really a good suspense/thriller doesn't have to be. Just as long as the story keeps me captivated and on my toes I am good.  Dark Roads has a small town setting, Cold Creek where the highway is spotted with memorials to those women that have met with tragic ends.
I liked both Hailey and Beth, in a sense alone searching for answers.  While this book does have a YA feel it does tackle some serious subject matter.  The mystery was intriguing, except for some time in the middle where it seems to lag a bit, but I found myself reading faster to see the outcome.  I love when there is a dog in books like these, Wolf was a welcome addition and I just loved him.
Dark Roads is a dark, sometimes depressing story, it uncovers the evil in society but for those willing to overcome there is light at the end of the tunnel.
The author notes is where Chevy Stevens talks about the Highway of Tears, since the 1970's women have gone missing or where murdered along that 500 km stretch and many still remain unsolved.  While this book does not revolve around those cases it does bring this situation to light as a reminder for those women.  Thank you for doing that.
My thanks to St. Martin's Press (via Netgalley) for a digital arc in exchange for an honest review.
It's not an isolated case but its also not unfamiliar to those that know the history. Many women have disappeared without a trace in BC and while this book is not based on those cases but the author notes
Posted by Margaret @ JustOneMoreChapter at 3:43 PM