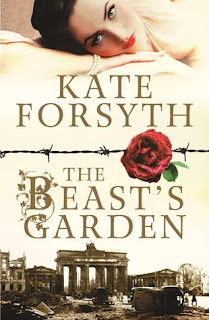 
The Grimm Brothers published a beautiful version of the Beauty & the Beast tale called ‘The Singing, Springing Lark' in 1819. It combines the well-known story of a daughter who marries a beast in order to save her father with another key fairy tale motif, the search for the lost bridegroom. In ‘The Singing, Springing Lark,' the daughter grows to love her beast but unwittingly betrays him and he is turned into a dove. She follows the trail of blood and white feathers he leaves behind him for seven years, and, when she loses the trail, seeks help from the sun, the moon, and the four winds. Eventually, she battles an evil enchantress and saves her husband, breaking the enchantment and turning him back into a man.

Kate Forsyth retells this German fairy tale as a historical novel set in Germany during the Nazi regime. A young woman marries a Nazi officer in order to save her father, but hates and fears her new husband. Gradually she comes to realize that he is a good man at heart, and part of an underground resistance movement in Berlin called the Red Orchestra. However, her realization comes too late. She has unwittingly betrayed him and must find some way to rescue him and smuggle him out of the country before he is killed.

The Red Orchestra was a real-life organization in Berlin, made up of artists, writers, diplomats, and journalists, who passed on intelligence to the American embassy, distributed leaflets encouraging opposition to Hitler, and helped people in danger from the Nazis to escape the country. They were betrayed in 1942, and many of their numbers were executed.

The Beast's Garden is a compelling and beautiful love story, filled with drama and intrigue and heartbreak, taking place between 1938 and 1943, in Berlin, Germany.

Kate Forsyth is one of my go to’s for fairy tale retellings based on historical events. This is also my second in as many months taking place inside Germany during the war.

Beginning as Stormtroopers terrorized Germany on a night known as Night of Broken Glass (1938), life for the Jewish community changed forever.  Hilter's word cannot be trusted as treaties/promises are broken and turns against Germans he deems unfit. All told from inside the borders and through the eyes of a young woman struggling to make sense of the changes taking place. Especially when a Jewish family is like her own.

This is my 3rd Forsyth book and again I was not disappointed, I went the audio route. Jennifer Vutetic is the reader - always a pleasure listening to her. Playing out with vivid detail and getting a real sense of what life was like for those in Germany during those terrible years Kate Forsyth has done her homework, drawing on real historical events and characters.  Vividly describing the horror and feeling the fear kept me attached to this audio.  While I didn't always feel the emotional connection between some of the players that did not take away from my enjoyment (though that does seem weird to say considering the subject matter).  But on the other hand, there were those at the mercy of the Nazis that just did what they could to survive - it was a horrible time, to say the least.

This is definitely a book I recommend, especially lovers of WW2 HF, also an author who brings stories to life. 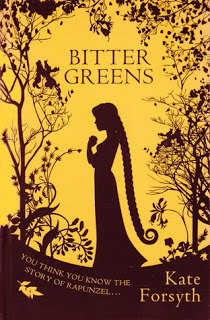 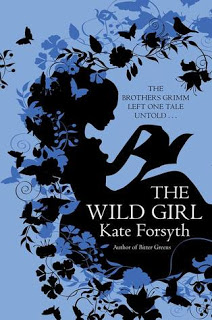 Posted by Margaret @ JustOneMoreChapter at 10:55 AM