Review: The Corset by Laura Purcell 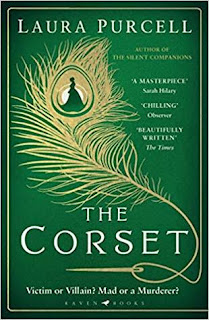 The new Victorian chiller from the author of, The Silent Companions.


Is prisoner Ruth Butterham mad or a murderer?

When Dorothea's charitable work leads her to Oakgate Prison, she is delighted with the chance to explore her fascination with phrenology and test her hypothesis that the shape of a person's skull can cast a light on their darkest crimes. But when she meets teenage seamstress Ruth, she is faced with another theory: that it is possible to kill with a needle and thread. For Ruth attributes her crimes to a supernatural power inherent in her stitches.

The story Ruth has to tell of her deadly creations – of bitterness and betrayal, of death and dresses – will shake Dorothea's belief in rationality and the power of redemption. Can Ruth be trusted? Is she mad, or a murderer?

The Corset was released in the UK last year and set for a June 19th, 2019 release in North America titled The Poison Thread.

I ordered this from the UK because of the cover also since I was so enamored with Laura Purcell's previous book, The Silent Companions I was anxious to get my hands on this baby.

I love the blurb, it doesn’t give any of the story away but leaves much to the imagination, giving hints to an eerie Gothic tale of murder and mayhem with a touch of the supernatural...well maybe...

Told from alternating pov’s I was treated to scenes of Victorian England society from both sides of the fence. From the prim and proper to prison and low-class workers. From fancy dinner parties to those wondering if they will be fed just one meal a day. The author vividly illustrated the setting, both visually and emotionally.

I’ve never heard of phrenology before, and yes I did pull out a dictionary. What an original concept and the author pulled it off nicely.

The Corset is a story of guilt, injustice, and revenge, it’s a coming of age story as both women struggle in a society where women are meant to do as told and not think for themselves. Where their happiness depended on how obedient they were. Definitely a book and author I recommend.

This book is part of my ‘2019 reading off my shelf’ challenge. 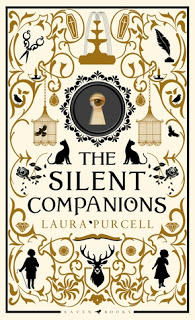