Review: The Wild Woman's Guide to Traveling the World by Kristin Rockaway 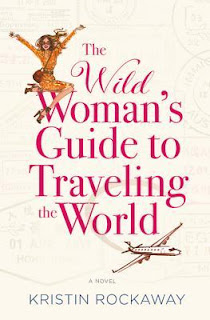 Fans of Sophie Kinsella and The Devil Wears Prada will love this smart, sexy debut novel of wanderlust.

Objectively, Sophie is a success: she's got a coveted job at a top consulting firm, a Manhattan apartment, and a passport full of stamps. It isn't quite what she dreamed of when she was a teenager dog-earing pages in exotic travel guides, but it's secure. Then her best friend bails just hours after they arrive in Hong Kong for a girls' trip, and Sophie falls for Carson, a free spirited, globetrotting American artist. He begs her to join him on his haphazard journey, but she chooses responsibility and her five-year plan.

Back in New York, that plan feels less and less appealing. As Sophie recalls the dreams she's suppressed, the brief international jaunts she sneaks in between business trips no longer feel like enough. Carson isn't ready to let her go either, but as they try to figure out their relationship, Sophie realizes she may have to pursue her passions with or without him.

Sophie has it all, or so she thinks, she has her precious five-year plan that works with her career, a savings account and a job that allows her to travel the world. She doesn’t realize what she is missing until she gets a taste of it then the real adventure begins.

From the title I imagined far away places but this story takes place in Hong Kong and New York City and is the perfect beach read (or for some of us snowed it) curl up under a quilt with a cuppa tea. Though a relatively quick read the author has written a tantalizing story that didn’t just entertain but presented a clear message - you’ll have to read the book to find out what it is.....

This is the author’s debut and I hope she writes a sequel with more adventures of Sophie and Carson. I loved the historical details of both locations and while the ending was a little predictable it was still a great read.  There are a couple risque scenes which might not appeal to all, but this is chick lit and easy to skip over.


Thanks to TLC Tours for the opportunity to be part of this tour. 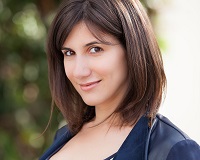 Kristin Rockaway is a native New Yorker with an insatiable case of wanderlust. After working in the IT industry for far too many years, she finally traded the city for the surf and chased her dreams out to Southern California, where she spends her days happily writing stories instead of software. Her debut novel, The Wild Woman’s Guide to Traveling the World, was released from Hachette Book Group in June 2017. When she’s not writing, she enjoys spending time with her husband and son, browsing the aisles of her neighborhood bookstores, and planning her next big vacation.