Review: Last in a Long Line of Rebels by Lisa Lewis Tyre 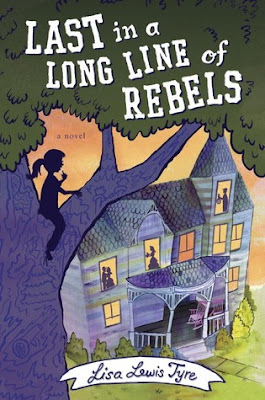 Debut novelist Lisa Lewis Tyre vibrantly brings a small town and its outspoken characters to life, as she explores race and other community issues from both the Civil War and the present day.

Lou might be only twelve, but she’s never been one to take things sitting down. So when her Civil War-era house is about to be condemned, she’s determined to save it—either by getting it deemed a historic landmark or by finding the stash of gold rumored to be hidden nearby during the war. As Lou digs into the past, her eyes are opened when she finds that her ancestors ran the gamut of slave owners, renegades, thieves and abolitionists.

Meanwhile, some incidents in her town show her that many Civil War era prejudices still survive and that the past can keep repeating itself if we let it. Digging into her past shows Lou that it’s never too late to fight injustice, and she starts to see the real value of understanding and exploring her roots.

Age Range: 10 and up
Grade Level: 5 and up
Hardcover: 288 pages
Source: print copy as part of tour

*****
Well here you have it friends, another 'best of 2016'.  As I type this up I am trying to come up with things that I did not like about this book and you know what?  I couldn't come up with a single thing. Hopefully I won't gush too much or get your expectations so high that when (if) you read this book it won't invoke the same reaction - its happened to me before so I know the feeling about reading overly positive reviews.

So where to begin?  This book's targeted age is 10+ and it hits that perfectly, now I am well above that target and I enjoyed it immensely.  Lou is a character, she is sassy, impulsive, caring, curious and a fighter.  She wants excitement during her summer vacation so when prays are offered up for that exact thing she gets more than she bargained for.  Now she doesn't just pray and that's it, she attends church with her friends to help the process along - no it isn't preachy in anyway here.  But it does show her commitment and drive for 'excitement'.

With each chapter opening with a snippet of diary entries dating back to the 1860's, penned by another Louise Mayhew, the author created a setting of mystery and intrigue.  By connecting the past to the present with this old family home, it also showed that some of the prejudices from that old time period still exist today.  Taking place in 1999, there are no cell phones or internet to aid in this group of friends mission.  It was a refresh change to see kids being kids without all the techno devices.

I loved the authors writing style, she was able to make me feel the wide range of emotions that Lou endured, to feel her passion in trying to save her home and motives. To see her grow and realize whats important and how she can make a difference, especially when things don't turn out the way you think they should.  Lou's friends round out the story perfectly, each with their own character traits and I gotta say  I loved Bertie, Lou's grandmother, she added so much sparkle to this story, reminding me of Maggie Smith (Downton Abbey).

The cover of Last In a Long Line of Rebels fits this story perfectly.  A solid debut, definitely an author I highly recommend and I look forward to seeing what she comes up with next.  Thank you to TLC Tours for inviting me to be part of this tour. 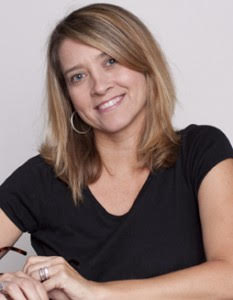 About Lisa Lewis Tyre:   I grew up in a small town in Tennessee surrounded by my crazy family and neighbors. I learned early on that not every child had a pet skunk, a dad that ran a bar in the front yard, or a neighbor that was so large his house had to be torn down to get him out.

What else could I do but write? I’ve wanted to write for as long as I can remember. I think this is because I come from a long line of storytellers. I loved listening to my dad tell me about the escapades of his youth, like how he “accidentally” pushed his brother out of a two-story window, and “accidentally” shot his aunt’s chicken with a bow and arrow. Apparently he was accident-prone.

One of the stories they told me involved the name of our piece of the country. I lived in a tiny spot that the locals called Zollicoffer. When I asked why it had such a strange name, they said it was named after General Felix Zollicoffer who had camped nearby during the Civil War. One day I happened to ask my mom where exactly the camp had been. That’s when she pointed down the road and said, “Probably over there. That’s where some kids in the 50’s found GOLD.” And just like that, LAST IN A LONG LINE OF REBELS was born.

“Louise Duncan Mayhew’s perspective in the 1860s is an intriguing contrast to Lou’s modern narration at the turn of the 21st century. . . . The story addresses injustice in plain language that is accessible to young readers who enjoy whodunits.”—Kirkus Reviews

“Tyre’s debut features characters that are believable in their naïveté and sense of invincibility. . . . Louise’s account of their summer adventures, with chapters headed by entries from a Civil War diary, should please middle-grade readers looking for a solid story with an intriguing historical connection.”—Booklist

“The characters are true to life. . . . In the midst of solving a Civil War–era mystery, Lou and her friends confront racism in their own time. Lou feels deeply and is single-minded in her pursuit of justice. A solid debut novel for middle graders who enjoy a blend of history and mystery.”—School Library Journal BEA Middle Grade Buzz Pick Amazon Editors Pick (October, 9-12 yr olds.)

Posted by Margaret @ JustOneMoreChapter at 10:12 AM