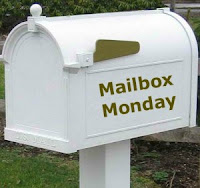 Mailbox Monday is the gathering place for readers to share the books that came in their mailbox during the last week.  This weekly gathering is hosted by Mailbox Monday.

Got some gems this week.

“Seventy-two hours, then we have to be back at the clearing. Sunrise on the third day.” 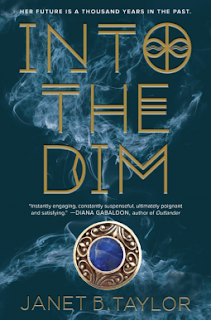 Being “the homeschooled girl,” in a small town, Hope Walton's crippling phobias and photographic memory don't help her fit in with her adoptive dad's perfectly blonde Southern family. But when her mother is killed in a natural disaster thousands of miles from home, Hope's secluded world crumbles. After an aunt she's never met invites her to spend the summer in Scotland, Hope discovers that her mother was more than a brilliant academic. She's a member of a secret society of time travelers, and is actually trapped in the twelfth century in the age of King Henry II and Eleanor of Aquitaine. Now Hope must conquer her numerous fears and travel back in time to help rescue her mother before she's lost for good. Along the way, she'll discover more family secrets, and a mysterious boy who could be vital to setting her mother free… or the key to Hope's undoing.

Addictive, romantic, and rich with historical detail,  is an Outlander for teens.

Shakespeare in Love meets Shakespeare’s Sister in this novel of England’s first professional woman poet and her collaboration and love affair with William Shakespeare. 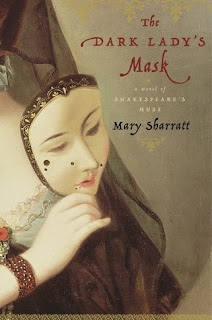 London, 1593. Aemilia Bassano Lanier is beautiful and accomplished, but her societal conformity ends there. She frequently cross-dresses to escape her loveless marriage and to gain freedoms only men enjoy, but a chance encounter with a ragged, little-known poet named Shakespeare changes everything.

Aemilia grabs at the chance to pursue her long-held dream of writing and the two outsiders strike up a literary bargain. They leave plague-ridden London for Italy, where they begin secretly writing comedies together and where Will falls in love with the beautiful country — and with Aemilia, his Dark Lady. Their Italian idyll, though, cannot last and their collaborative affair comes to a devastating end. Will gains fame and fortune for their plays back in London and years later publishes the sonnets mocking his former muse. Not one to stand by in humiliation, Aemilia takes up her own pen in her defense and in defense of all women.

The Dark Lady’s Mask gives voice to a real Renaissance woman in every sense of the word.

Pax was only a kit when his family was killed, and “his boy” Peter rescued him from abandonment and certain death. Now the war front approaches, and when Peter’s father enlists, Peter has to move in with his grandpa. Far worse than being forced to leave home is the fact that Pax can’t go. Peter listens to his stern father—as he usually does—and throws Pax’s favorite toy soldier into the woods. When the fox runs to retrieve it, Peter and his dad get back in the car and leave him there—alone. But before Peter makes it through even one night under his grandfather’s roof, regret and duty spur him to action; he packs for a trek to get his best friend back and sneaks into the night. This is the story of Peter, Pax, and their independent struggles to return to one another against all odds.

Told from the alternating viewpoints of Peter and Pax.

What arrived in your mailbox last week?
Posted by Margaret @ JustOneMoreChapter at 10:05 PM