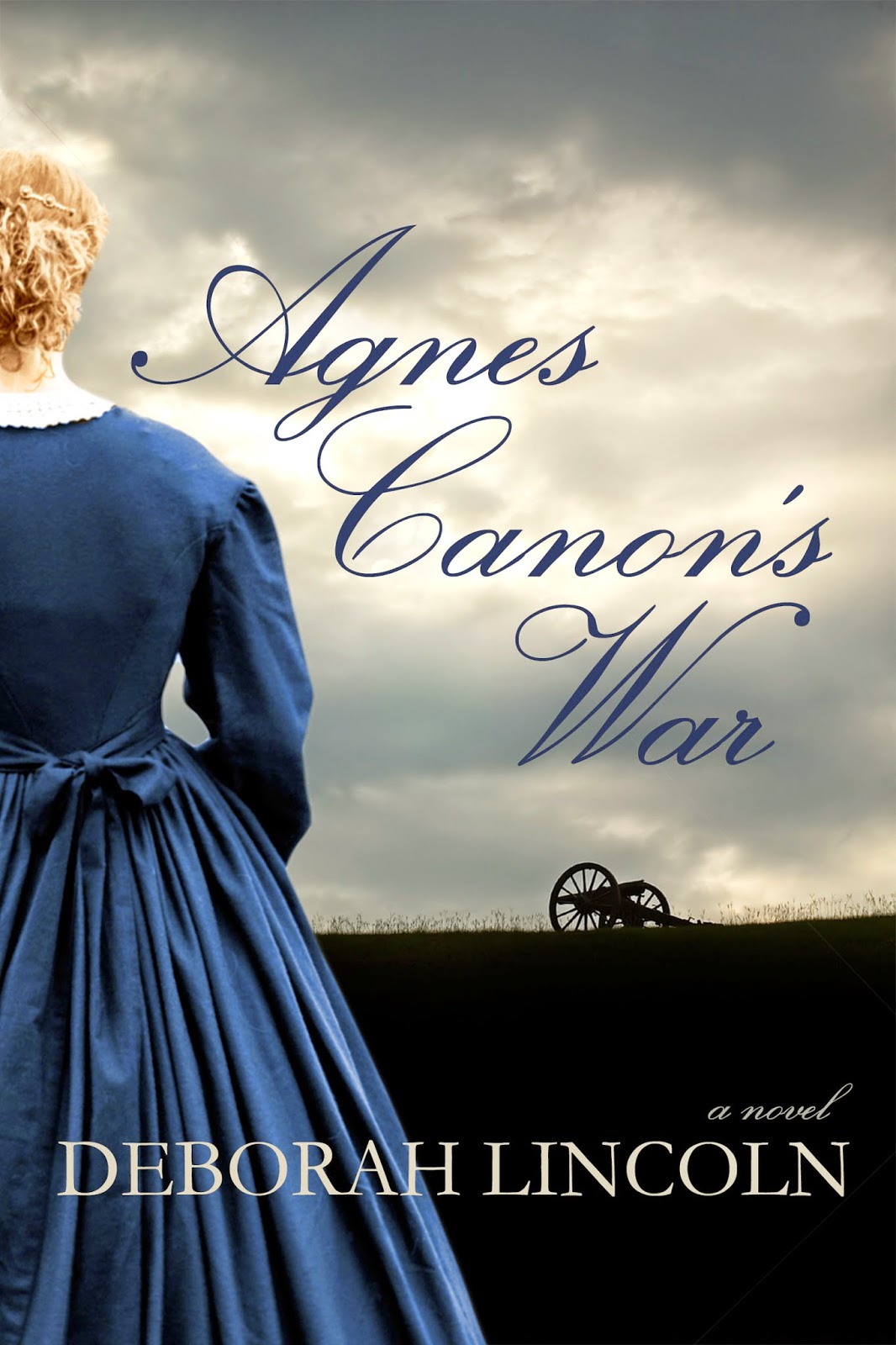 "I saw a woman hanged on my way to the Pittsburgh docks..”

Agnes Canon is tired of being a spectator in life, an invisible daughter among seven sisters, meat for the marriage market. The rivers of her Pennsylvania countryside flow west, and she yearns to flow with them, explore new lands, know the independence that is the usual sphere of men.

This is a story of a woman’s search for freedom, both social and intellectual, and her quest to understand what freedom means. She learns that freedom can be the scent and sound of unsettled prairies, the glimpse of a cougar, the call of a hawk. The struggle for freedom can test the chains of power, poverty, gender, or the legalized horror of slavery. And to her surprise, she discovers it can be found within a marriage, a relationship between a man and a woman who are equals in everything that matters.

It’s also the story of Jabez Robinson, a man who has traveled across the continent and seen the beauty of the country and the ghastliness of war, as he watches his nation barrel toward disaster. Faced with deep-seated social institutions and hard-headed intransigence, he finds himself helpless to intervene. Jabez’s story is an indictment of war in any century or country, and an admission that common sense and reasoned negotiation continue to fail us.

As Agnes and Jabez struggle to keep their community and their lives from crumbling about them, they must face the stark reality that whether it’s the freedom of an African from servitude, of the South from the North, or of a woman from the demands of social convention, the cost is measured in chaos and blood.
This eloquent work of historical fiction chronicles the building of a marriage against the background of a civilization growing – and dying – in the prelude to civil war.

****
(ebook copy provided as part of this book tour)

I can't recall reading much historical fiction about the Civil War, for me this book was a real eye-opener.  Deborah Lincoln is a new author to me which made me doubly excited to read this book.  Agnes Canon is the great grandmother of the author, I love this type of book as it is so much more personal from the author.

The synopsis above tells a lot of the plot here but what it doesn't say is how powerful a book this is.  I was captivated right from the that opening line.  There is much going on in this book and the author writes in such a mesmerizing way that I was visualizing and feeling this story.  This was a tumultuous time in American history and Agnes Canon's War gave a vivid glimpse of not just the physical side but the emotional side also.  This isn't a 'happy ever after' type of book (it's war time remember) but rather one that will stay with you long after you are finished.

“Impressively researched, it captures the brutality of the war in the West and the complicated, divided loyalties of the people who are caught up in it. Agnes Canon’s War will have readers anticipating the romance and dreading the battles in equal amounts.” -Steve Wiegenstein, author of Slant of Light and This Old World
“The characters are likeable, intelligent, humorous, spunky and passionate people whose zest for adventure is met and then some! Superb historical fiction this reviewer highly recommends.” – Historical Novel Society
“Agnes Canon’s War is brilliantly researched and written. Deborah Lincoln has successfully described the occurrences of the Civil War era in the border state of Missouri and the resultant emotions upon the inhabitants of the area. Many neighbors were bitterly opposed to one another, and severe heartache touched everyone. Lincoln’s writing places the reader in the midst of that turmoil. Her research is accurate and lends to a skillfully-designed background for Agnes Canon’s story. An example is her reference to Westport Landing. It is a little-known fact (even to most Missourians) that this original port on the Missouri River, located in the vicinity of today’s Grand and Main Streets, resulted in present-day Kansas City. This heartfelt book will likely impress even the most seasoned historians.” -William R. Reynolds, Jr. author of Andrew Pickens: South Carolina Patriot in the Revolutionary War and The Cherokee Struggle to Maintain Identity in the 17th and 18th Centuries
“Years ago in fiction workshop, this manuscript leaped out at me with the most memorable opening line I’d seen in forever: “I saw a woman hanged on my way to the Pittsburgh docks.”
On revisiting this story several years after my first beta-read of the whole novel, I was struck by how many details and scenes I remember. Historical fiction is not for the lazy writer. The tremendous amount of research that skilled writers weave into the narrative are simply amazing.
I’m afraid I’ll be guilty of plot spoilers if I mention some of my favorite scenes or the tragic events that really happened. I will say Jabez has a first wife, and Agnes befriends her to her dying day. That first wife has a fascination for what today would sound like New Age mysticism. Any reader who hates reading about war should keep going, because all sorts of intriguing historical issues and beliefs come to light in Agnes Canon’s world.
The prose is polished, the story spellbinding, the authenticity both inspiring and heartbreaking. Five stars!” -Carol Kean Blog, Book Reviews, Cosmic Rants 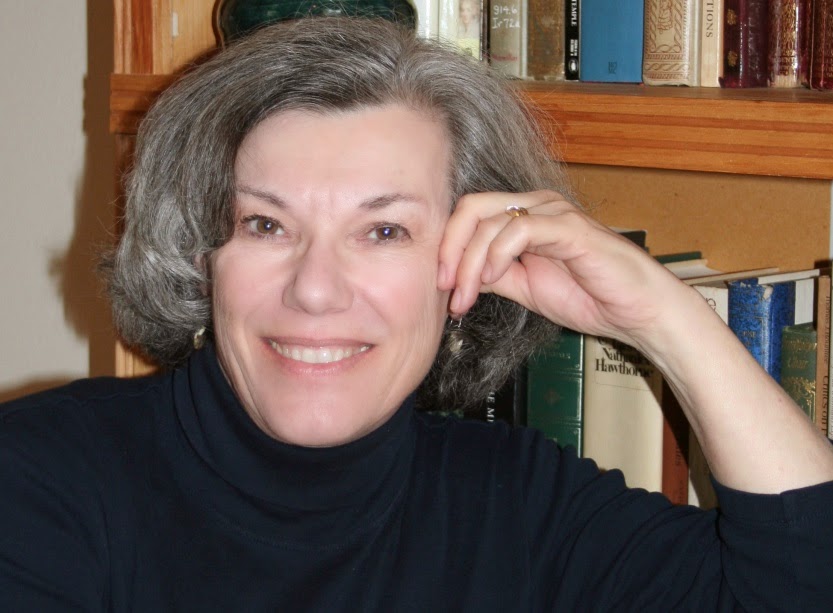 Deborah Lincoln grew up in the small town of Celina, among the cornfields of western Ohio. She earned a bachelor’s degree in English from Michigan State University and a master’s degree in Library Science from the University of Michigan. She and her husband have three grown sons and live on the Oregon coast.

Of her passion for historical fiction, she says: “I’m fascinated by the way events—wars and cataclysms and upheavals, of course, but the everyday changes that wash over everyday lives—bring a poignancy to a person’s efforts to survive and prosper. I hate the idea that brave and intelligent people have been forgotten, that the hardships they underwent have dropped below the surface like a stone in a lake, with not a ripple left behind to mark the spot.”

Agnes Canon’s War is the story of her great great-grandparents, two remarkable people whose lives illustrate the joys and trials that marked America’s tumultuous nineteenth century.