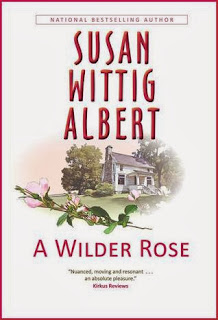 In 1928, Rose Wilder Lane—world traveler, journalist, much-published magazine writer—returned from an Albanian sojourn to her parents’ Ozark farm. Almanzo Wilder was 71, Laura 61, and Rose felt obligated to stay and help. To make life easier, she built them a new home, while she and Helen Boylston transformed the farmhouse into a rural writing retreat and filled it with visiting New Yorkers. Rose sold magazine stories to pay the bills for both households, and despite the subterranean tension between mother and daughter, life seemed good.

Then came the Crash. Rose’s money vanished, the magazine market dried up, and the Depression darkened the nation. That’s when Laura wrote her autobiography, “Pioneer Girl,” the story of growing up in the Big Woods of Wisconsin, on the Kansas prairie, and by the shores of Silver Lake. The rest—the eight remarkable books that followed—is literary history.

But it isn’t the history we thought we knew. For the surprising truth is that Laura’s stories were publishable only with Rose’s expert rewriting. Based on Rose’s unpublished diaries and Laura’s letters, A Wilder Rose tells the true story of the decade-long, intensive, and often troubled collaboration that produced the Little House books—the collaboration that Rose and Laura deliberately hid from their agent, editors, reviewers, and readers.

Why did the two women conceal their writing partnership? What made them commit what amounts to one of the longest-running deceptions in American literature? And what happened in those years to change Rose from a left-leaning liberal to a passionate Libertarian?

In this impeccably researched novel and with a deep insight into the book-writing business gained from her own experience as an author and coauthor, Susan Wittig Albert follows the clues that take us straight to the heart of this fascinating literary mystery.

I think that I am part of a vast minority here when I say that I have not read the Little House
books.  While I watched the series on TV (and loved it) realizing that it was based on books
by Laura Ingalls I recall thinking that they couldn't possibly be true stories, how much bad
stuff can happen to one family.

Rose Wilder Lane was ghost writer for the Little House books except The First Four Years.
Why not that one you ask, well I guess you will have to read the book to find out :)

Spanning from 1928 to 1939 Rose tells her story, it was like she was speaking directly to me,
the reader.  She hasn't lived at Rocky Ridge (the farm in Mansfield, Missouri) for many years
but returned when her parents, Almanzo and Laura (Mama Bess) need assistance. Then
the crash came and she was forced to give up her dreams of traveling and settle there.

The relationship between mother and daughter was interesting, not at all what I expected. The
author used Rose's journals and actually letters between Rose and Laura to write this
interesting story. I knew absolutely nothing about Rose before reading this book and I was
surprised at the tension in this family.  It didn't take long to read this book, very entertaining
and definitely showed the authors knowledge on the Wilder family.

Susan Wittig Albert is a new author to me.  I have seen her mystery series around but never
read any of them.  This book appealed to me because of the historical aspect.  I like her
writing style, which had me engaged from the beginning and kept it going to the end.