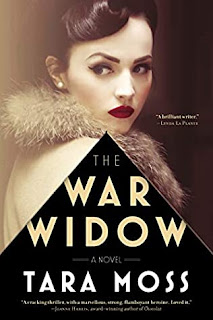 The war may be officially over, but journalist Billie Walker’s search for a missing young German immigrant plunges her right back into the danger and drama she thought she’d left behind in Europe. A thrilling tale of courage and secrets set in glamorous post-war Sydney.

Sydney, Australia, 1946. Though war correspondent Billie Walker is happy to finally be home, the heady post-war days are tarnished by the death of her father and the disappearance in Europe of her husband, Jack. To make matters worse, now that the war is over, the newspapers are sidelining her reporting talents to prioritize jobs for returning soldiers. But Billie is a survivor and she’s determined to take control of her own future. She reopens her late father’s business, a private investigation agency, and slowly, the women of Sydney come knocking.

At first, Billie’s bread and butter is tailing cheating husbands. Then a young man, the son of European immigrants, goes missing, and Billie finds herself on a dangerous new trail that will lead to the highest levels of Sydney society as well as the city’s underworld. What is the young man’s connection to an exclusive dance club and a high-class auction house? When the people she questions start to turn up dead, Billie is thrown into the path of Detective Inspector Hank Cooper. Will he take her seriously or just get in her way?

As the danger mounts and Billie realizes how much is at stake, it becomes clear that although the war was won, it is far from over.

Kindle Edition, 368 pages
Published Dec. 29th, 2020
by Penguin Group
4/5 stars
I was attracted to this book thinking it takes place during the war (I read the blurb ages ago and kinda forgot a little), which actually it does with flash backs.  As the title infers Billie is a widow from the war and these are the years following in Australia.  I love that setting for a nice change, there is not too many countries immune from the effects those years caused. This locale brought the Sydney society together in various classes.
B. Walker, Private Inquiries - the B to not scare off possible men clients intimated by a female PI.  Billie is a force and I loved her thought process, quick thinking and logic. Her assistant, mother (her maid) and Hank added that extra to the story, part of me wishing to see more of her mother and maid - hopefully in the next book. Billie's ahead of her time in terms of independence, actions and speaking her mind, it was refreshing along with her compassion and determination.
The War Widow is well researched with attention to details.  At times a little repetitive with some of the details but all in all an enjoyable mystery with many layers that kept me on my toes.  Definitely a series I recommend and one I will continue to read.
My thanks to Dutton Publicity for a digital arc (via Netgalley) in exchange for a honest review.
Posted by Margaret @ JustOneMoreChapter at 7:39 PM