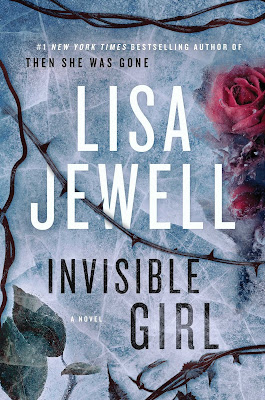 The author of the “rich, dark, and intricately twisted” (Ruth Ware, New York Times bestselling author) The Family Upstairs returns with another taut and white-knuckled thriller following a group of people whose lives shockingly intersect when a young woman disappears.

In his thirties, a virgin, and living in his aunt’s spare bedroom, he has just been suspended from his job as a geography teacher after accusations of sexual misconduct, which he strongly denies. Searching for professional advice online, he is inadvertently sucked into the dark world of incel—involuntary celibate—forums, where he meets the charismatic, mysterious, and sinister Bryn.

Across the street from Owen lives the Fours family, headed by mom Cate, a physiotherapist, and dad Roan, a child psychologist. But the Fours family have a bad feeling about their neighbor Owen. He’s a bit creepy and their teenaged daughter swears he followed her home from the train station one night.

Meanwhile, young Saffyre Maddox spent three years as a patient of Roan Fours. Feeling abandoned when their therapy ends, she searches for other ways to maintain her connection with him, following him in the shadows and learning more than she wanted to know about Roan and his family. Then, on Valentine’s night, Saffyre Maddox disappears—and the last person to see her alive is Owen Pick.

With evocative, vivid, and unputdownable prose and plenty of disturbing twists and turns, Jewell’s latest thriller is another “haunting, atmospheric, stay-up-way-too-late read” (Megan Miranda, New York Times bestselling author).
Hardcover, 368 pages
Expected publication: October 13th 2020
by Atria Books
3.5/5 stars
Lisa Jewell has been a go-to author for a number of years. Her books are uniquely themed they are mysterious, suspenseful and keep me guessing.

Invisible Girl released last month in the UK and for us folks in North America it hits bookshelves in a couple of weeks.

I’ll confess that this got off to a slow start for me, I was a little confused with the cast of characters and how they fit together. But really I didn’t need to know the connections right away but just needed to sit back knowing the author would connect the dots.
So there is this family that obviously has secrets. To be honest I found them to be an odd bunch, they just had that vibe. The mom, Cate, is one of the view points. She made me nervous and paranoid.

Then there is the weird guy across the street, Owen Pick he lives with his aunt and yea he is a tad strange also and another POV. There were some things I didn't need to know about,  but alas it was needed for the story (like an online presence called incel - didn't know it was a thing).

Add a 17 year old girl named Saffyre (which is a cool name) and this makes for some interesting dynamics, she is final POV. It was hers that I enjoyed hearing from, as her past comes to light I couldn’t help but have motherly feeling for her. But her actions left me scratching my head at times.

So basically this book is about some odd characters that somehow are connected.
It wasn’t until the last half of the book where I was really invested, that had me doing a marathon read.
I'd call this a darker Lisa Jewell book, I was forewarned back in January when I had the awesome privilege of meeting the author.
While this might not be my favorite Jewell book, that honor goes to Then She Was Gone, though it might change as I continue reading her backlist.
This book was part of my '2020 Reading off my Shelf' Challenge - I was impatient and order via BookDepository.
Posted by Margaret @ JustOneMoreChapter at 3:22 PM