Review: The Winter Rose (The Tea Rose #2) by Jennifer Donnelly

Another strong, satisfying novel, full of rich storytelling, by the author of the favourite The Tea Rose 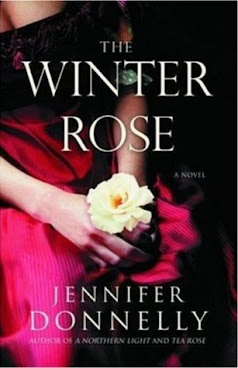 An epic tale of secret love and hidden passions.
It is 1900 and the dangerous streets of East London are no place for a well-bred woman. But India Selwyn Jones is headstrong: she has trained as one of a new breed, a woman doctor, and is determined to practice where the need is greatest. It is in these grim streets where India meets - and saves the life of - London's most notorious gangster, Sid Malone. Hard, violent, devastatingly attractive, Malone is the opposite of India's cool, aristocratic fiance.
Though Malone represents all she despises, India finds herself unwillingly drawn ever closer to him - enticed by his charm, intrigued by his hidden, mysterious past. The Winter Rose brings the beginning of the turbulent twentieth century vividly to life, drawing the reader into its wretched underworld, its privileged society, and the shadowland between the two, where the strict rules of the time blur into secret passions.
Praise for The Tea Rose: 'Most seductive . . . the writing is so fluid you feel the author simply loves telling her story' Frank McCourt
'I loved this vividly researched and wonderfully rumbustious yarn - brilliantly told, great fun to read' Simon Winchester
Paperback, 736 pages
Published November 30th 2006
by Harper Collins
4/5 stars
This book is not for the faint of heart in terms of size. Coming it at 736 pages and 35 hours as an audiobook, be prepared.
Continuing 6 or so years after The Tea Rose ends it follows the Finnegan family. Plus India Jones joins the casts at the turn of the 20th century, one of the first female doctors with a passion for those who cannot afford medical treatment. She has plans and goals with a character to make it happen.
I won’t go into detail as to what happens but suffice to say this epic read is full of drama. Forbidden love, greed, treachery, money and actually this list could go on and on. Yes there is a lot going on and I’m glad I split my time between both the ebook and audiobook.
Yes it is long winded and honestly could have been a little shorter but I’m at a lose as to what could be omitted. The characters are well developed, the classes of society well defined and yes there is another epic sized sequel, The Wild Rose, waiting in the wings.
This could have been a 5 star read for me if not for some of the coincidences that take place towards the end. I get it, but...
Jennifer Donnelly is a favorite author of mine. Not all her books are that size. Revolution and The Northern Light are my favorites, both YA historical reads.
Posted by Margaret @ JustOneMoreChapter at 2:57 PM