Review: Stars Across the Ocean by Kimberley Freeman 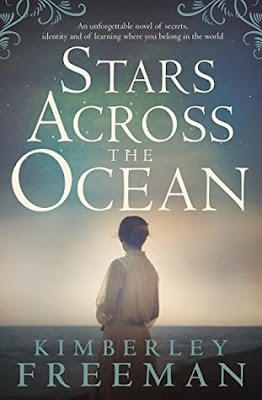 A rich and satisfying story of two women with indomitable spirits and the high costs they have to pay for being strong-minded, from the author of the bestselling LIGHTHOUSE BAY and EMBER ISLAND.


A story about love, motherhood, and learning whom you belong to in the world.

In 1874, wild and willful Agnes Resolute finally leaves the foundling home where she grew up on the bleak moors of northern England. On her departure, she discovers that she was abandoned with a small token of her mother: a unicorn button. Agnes had always believed her mother to be too poor to keep her, but Agnes has been working as a laundress at the foundling home and recognizes the button as belonging to the imperious and beautiful Genevieve Breakby, daughter of a local noble family. Agnes had only seen her once but has never forgotten her. She investigates and discovers Genevieve is now in London. Agnes follows, living hard in the poor end of London until she finds out Genevieve has moved to France.

This sets Agnes off on her own adventure: to Paris, Agnes follows her mother's trail, and starts to see it is also a trail of destruction. Finally, in Sydney she tracks Genevieve down. But is Genevieve capable of being the mother Agnes hopes she will be?

A powerful story about women with indomitable spirits, about love and motherhood, and about learning whom you belong to in the world.Praise for Kimberley Freeman's writing:

Kimberley Freeman is one of my go-to authors, with a flair for dual time periods she reminds me of Kate Morton with intricate plots and great writing.

Agnes Resolute is a feisty character, and getting to know her and her traits are what makes this novel work. One coincidence after another works for her as it did for this reader.

This is another dual time period story revolving between current day and 1874, traveling to many locales. Most of the book centers in the past with its adventure, family drama and maybe a touch of romance. As Agnes tries to discover who she is this journey of self-discovery leads her where she least expects.

Present-day is shorter but equally interesting to read. Traveling clear across the globe Victoria makes some discoveries of her own which set in motion changes she never saw coming.

I love Freeman’s writing style, she knows how to grab this reader till I am absorbed in not just the story but the characters as well. I’ve yet to be disappointed in any of her books. If you haven’t read her I highly recommend both print and audio formats work great.


This book is part of my 2020 reading off my shelf challenge.
Posted by Margaret @ JustOneMoreChapter at 11:36 AM