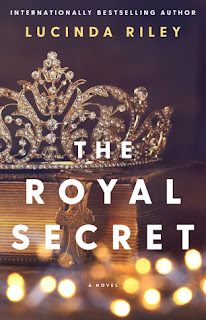 In this suspenseful and heart-pounding novel from New York Times bestselling author Lucinda Riley, an ambitious young journalist unravels a dangerous mystery that threatens to devastate the British monarchy.

Keeping secrets is a dangerous game.

When Sir James Harrison, one the greatest actors of his generation, passes away at the age of ninety-five, he leaves behind not just a heartbroken family but also a secret so shocking, it could rock the English establishment to its core.

Joanna Haslam, an up-and-coming reporter, is assigned to cover the legendary actor’s funeral, attended by glitzy celebrities of every background. But Joanna stumbles on something dark beneath the glamour: the mention of a letter James Harrison has left behind—the contents of which many have been desperate to keep concealed for over seventy years. As she peels back the veil of lies that has shrouded the secret, she realizes that she’s close to uncovering something deadly serious—and the royal family may be implicated. Before long, someone is on her tracks, attempting to prevent her from discovering the truth. And they’ll stop at nothing to reach the letter before she does.

Lucinda Riley’s Seven Sisters series is a favorite of mine, she writes great detail into her historical fiction parts that have me anxiously awaiting the next installment.

The Royal Secret, originally titled The Love Letter, is a story full of mystery, intrigue, and secrets. It isn't a short story, coming in at approx 624 pages which to me spells an epic read with depth of character, a plot that has plenty of time to develop and one I love to get lost in. I looked forward to getting lost in the pages like I do with the Seven Sisters.

I was grabbed right away with a mystery that sent Joanna on the chase. There are many characters and the story evolved around different POV’s, it was nice to see the different sides to the story.

I applaud the author for undertaking such a huge plot and coming up with this story. This isn't one of my favorite Riley books, there were a number of inconsistencies that irked me and while I struggled to connect with some of the characters the middle part dragged on at times where I had a hard time concentrating.

Towards the end, there were some twists and turns as the mystery was slowly revealed that kept me reading and curious as to the conclusion.

My thanks to the publisher (via Netgalley) for an advanced copy in exchange for an honest review. 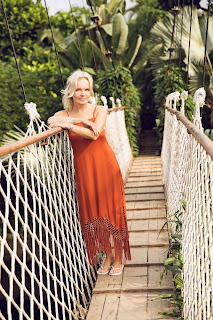 Lucinda Riley is the New York Times bestselling author of The Orchid House, The Girl on the Cliff, The Lavender Garden, The Midnight Rose, and the Seven Sisters series. Her books have sold more than fifteen million copies in thirty-five languages globally.

She was born in Ireland and divides her time between England and West Cork with her husband and four children.