Review: Searching for You (Orphan Train #3) by Jody Hedlund 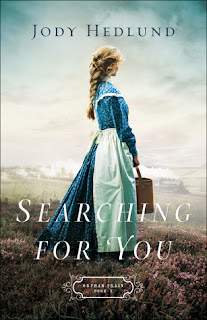 Despite years on the run, Sophie Neumann is determined to care for two young children. She won't abandon them the way she thinks her older sisters abandoned her. But times are growing desperate, and when she falls in with the wrong crowd and witnesses a crime, she realizes fleeing 1850s New York is her only option.

Disappearing with her two young charges into a group of orphans heading west by train, Sophie hopes to find safety and a happy life. When the train stops in Illinois for the first placement of orphans, Sophie faces the most difficult choice of her life.

Reinhold Weiss has finally purchased his own small farm. With mounting debts, a harvest to bring in, and past scars that haunt him, he's in no position to give his heart away . . . but can he say no when his long-lost friend shows up on a nearby train pleading for his help?

Book 3 in the Orphan Train Series concludes with Sophie's story.  Introduced in book 1 - With You Always along with her sisters Marianne and Elise, it's now time to hear from Sophie.  While this book can work as a standalone I highly recommend reading this series in order - things will fit together nicely and make more sense.

The author definitely captured the era with this series and Searching for You also highlights the struggles, both physical, mental and spiritual in what farmers went through.  It's a lot of work just to survive, more so when running from the past with no idea where to head. I liked Sophie, the youngest of the 3 sisters she was easily hurt and left out which took her to New York City.  A fierce determination to take care of Olivia and Nicholas (on her own) and trouble in the City sent her running with some tough decisions to be made.

It wasn't just Sophie's story here but also Reinhold who appears in the 2 previous books, which rounded out this book nicely.  The conclusion was fitting, wrapping up loose ends.

This was my first time reading Jody Hedlund, I will continue with more of her books, I like her writing style, attention to detail and ability to put me right in the setting.  Thank you to the publisher for an advanced copy (via Netgalley).


click on the cover to take you to my review 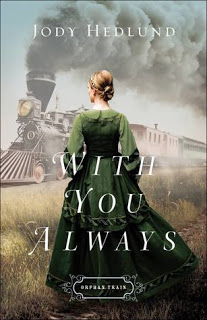 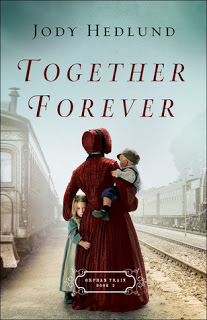 Posted by Margaret @ JustOneMoreChapter at 4:25 PM