Review: The Summer I Met Jack by Michelle Gable 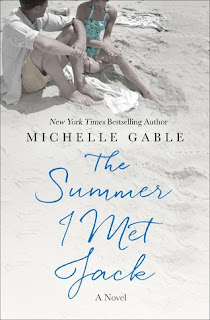 New York Times bestselling author imagines the affair between JFK and Alicia Corning Clark - and the child they may have had.

Based on a real story - in 1950, a young, beautiful Polish refugee arrives in Hyannisport, Massachusetts to work as a maid for one of the wealthiest families in America. Alicia is at once dazzled by the large and charismatic family, in particular the oldest son, a rising politician named Jack.

Alicia and Jack are soon engaged, but his domineering father forbids the marriage. And so, Alicia trades Hyannisport for Hollywood, and eventually Rome. She dates famous actors and athletes and royalty, including Gary Cooper, Kirk Douglas, and Katharine Hepburn, all the while staying close with Jack. A decade after they meet, on the eve of Jack’s inauguration as the thirty-fifth President of the United States, the two must confront what they mean to each other.

The Summer I Met Jack is based on the fascinating real life of Alicia Corning Clark, a woman who J. Edgar Hoover insisted was paid by the Kennedys to keep quiet, not only about her romance with Jack Kennedy, but also a baby they may have had together.


Michelle Gable is a new author to me, her book The Paris Apartment has been sitting very patiently waiting but instead I grabbed this, her latest. I was given an ARC from the publisher (with my sincere thanks) but time just got away from me. The Summer I Met Jack was released last week. I grabbed the audio version and my kindle alternating between the two.

Beginning in 1951 when Alicia meets Jack Kennedy. I don’t know a lot of Jack's history but I’ve gleamed enough over the years to get a feel for his character. It’s obvious that a lot of research went into this book. Based on fact the author filled in the gaps nicely to create this fictional account of Alicia and Jack's long affair. There were lots of well known names dropped and the Kennedy’s were a powerful family that took care of themselves. Told from Alicia's side of the story it wasn't hard to feel her plight, from immigration, to friends, to the Kennedy's and just surviving in this new country.

“...my goal was to make the story plausible” and that Michelle Gable did very nicely.


Thank you to St. Martin Press (via Netgalley) for an advanced copy.
Posted by Margaret @ JustOneMoreChapter at 11:05 AM