Love, murder, sex, and terrorism swirl within a collapsed world economy. No, it's not today. It's London, 1884. Recently married Langsford, born of wealth and privilege, is bound by the restrictions of Victorian society. Dynamite has been invented, but the term "homosexuality" has not and men can be arrested for either.

What should be the end of the story becomes the beginning, for Heinrich falls in love with her, never part of the plan. Instead it becomes the catalyst for everything that follows when he flees Germany to return to her. Events unfold that expose terrorists, espionage and international intrigue.


Langsford walks a fine line as he crosses boundaries he never imagined, rubbing elbows with spies, killers and would-be assassins to save his friend, stop an assassination, and prevent a war. 1886 Ties That Bind: A Story of Politics, Graft, and Greed by A.E. Wasserman

It is 1886 as Englishman Lord Langsford travels by train to San Francisco. Newly widowed, Langsford is desperate to escape his grief, demons, and life in England. As Langsford completes the last leg of his transcontinental journey, his life unexpectedly changes once again when he crosses paths with Miss Sally Baxter, a beautiful rancher who packs a pistol in her purse.

Sally has made it her mission to find the men who robbed a train and killed her brother. Unfortunately, no one—not even the owners of the Southern Pacific Railroad—seem to care. Unable to resist her pleas, Langsford offers to help Sally and soon becomes entangled in a web of politics, corruption, and greed. As murder, threats, and attacks ensue that endanger both Sally and Langsford, influential men in both California and Washington, D.C. jockey for positions of power. Langsford, who finds himself oddly attracted to Sally, now must sort through criminals and politicians alike to discover the truth behind her brother’s death and prevent his own murder.


"The author has woven a complex net of intrigue and background to the murder that makes the entire book so much more than just a mystery. As the title appropriately states, this deals with issues of politics, corruption and greed in a very accomplished way. One of the best books I’ve read in a long time. Highly recommended." - Christoph Fischer, UK Reviewer Discovering Diamonds 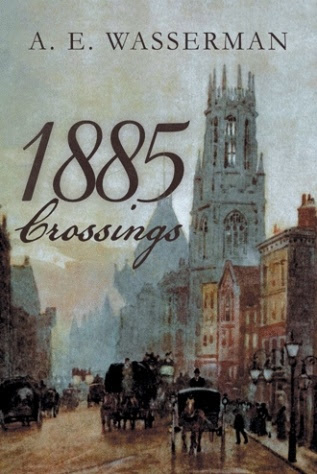 Anna’s hand holding the letter trembled as her vision rocked, going in and out of focus. She felt as though she was falling backward and at the same time rolling forward, expecting to land face first on the floor. She put her hand on the table to brace herself. She no longer heard the song birds in the buckeye tree outside the window, or the hoof beats on the cobblestones passing the front door, or any sound at all.

The world around her ceased to exist—only the paper with Henry’s written words: his own account of what happened during the past year.

The entire time, she’d known he wasn’t telling her everything—but this—she could never have imagined any of it. The hard fact was, Henry will never escape the truth.


“1885 Crossings gives us another opportunity to return to the world of Henry, Anna, and Langsford. A.E. Wasserman’s writing is beautifully done—tense and uncomfortable. The ending gave me a chill.” -Chuck Sambuchino, Bestselling Author 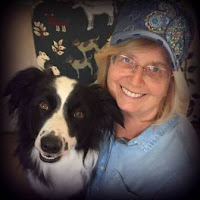 The daughter of a newspaperman, A.E. Wasserman grew up in a household filled with books and stories. At age 14, she wrote her first novella and never stopped writing.

She is the author of a new mystery/thrillers series, the first of which takes place in London: 1884 No Boundaries, A Story of Espionage and International Intrigue. The second in the Langsford Series, 1886 Ties That Bind, A Story of Politics, Graft and Greed, has just been released.

Her work, critically acclaimed as “richly atmospheric,” is being noticed by readers and critics alike, and has garnered international attention, not only in the U.S., but Europe and the U.K. as well. She recently received top honors from Writer’s Digest for her work.

After graduating from The Ohio State University, she lived in London, then San Francisco. Currently she resides in Southern California with her family and her muse, a Border Collie named Topper. For more information, please Visit the author’s web site at www.aewasserman.com.

During the Book Blast we will be giving away a $25 Amazon Gift Card! To enter, please enter via the Gleam form below.

Giveaway Rules – Giveaway ends at 11:59pm EST on January 12th. You must be 18 or older to enter. – Giveaway is open INTERNATIONALLY.  Winner has 48 hours to claim prize or new winner is chosen.