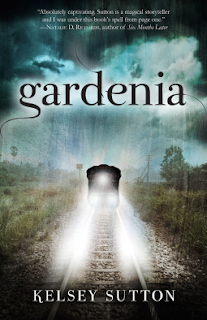 Ever since she was a child, Ivy has been able to see countdown clocks over everyone's heads indicating how long before they will die. She can't do anything about anyone else’s, nor can she do anything about her own, which will hit the zero hour before she even graduates high school.

A life cut short is tragic, but Ivy does her best to make the most of it. She struggles emotionally with her deep love for on-again, off-again boyfriend Myers Patripski. She struggles financially, working outside of school to help her mom and her sister. And she struggles to cope with the murder of her best friend, another life she couldn't save. Vanessa Donovan was killed in the woods, and everyone in town believes Ivy had something to do with it.

Then more girls start disappearing. Ivy tries to put her own life in order as she pieces together the truth of who ended Vanessa's. To save lives and for her own sanity.

The clock is always ticking. And Ivy's only hope is to expose the truth before it runs out completely.

I have always been a big fan of YA books but ones that are not heavy into supernatural elements, Gardenia has just a little bit and was more a mystery/suspense story.

I found the concept interesting, imagine knowing the exact minute that death will strike not just those around you but yourself as well. Ivy has that gift and she used it as she volunteers at a nursing home to give comfort to those as their lives come to an end. I found that aspect endearing and tells you the kind of person she is.

Even though Ivy knew the death of her best friend was imminent she was still deeply traumatized, especially in it's manner. This paves the way for the mystery part of this book. Determined to find the killer, as her own countdown clock is ticking, Ivy seems to be getting closer to the truth as her life is threatened.

Gardenia was a well written book set in a realistic location with all the high school drama. While I found the romance part a little off Ivy playing the sleuth was interesting and wanting to know the out come kept me interesting in this book.

Thank you to the publisher (via netgalley) for an arc.
Posted by Margaret @ JustOneMoreChapter at 10:19 PM

Email ThisBlogThis!Share to TwitterShare to FacebookShare to Pinterest
Labels: 2017, Kelsey Sutton, Netgalley, YA