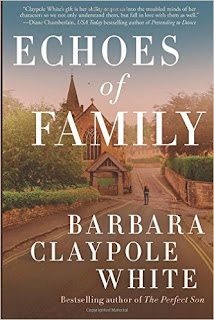 Sometimes the only way through darkness is to return to where it began.

Marianne Stokes fled England at seventeen, spiraling into the manic depression that would become her shadow. She left behind secrets, memories, and tragedy: one teen dead, and her first love, Gabriel, badly injured. Three decades later she’s finally found peace in the North Carolina recording studio she runs with her husband, Darius, and her almost-daughter, Jade…until another fatality propels her back across the ocean to confront the long-buried past.

In her picturesque childhood village, the first person she meets is the last person she wants to see again: Gabriel. Now the village vicar, he takes her in without question, and ripples of what if reverberate through both their hearts. As Marianne’s mind unravels, Jade and Darius track her down. Tempers clash when everyone tries to help, but only by finding the courage to face her illness can Marianne heal herself and her offbeat family.


Paperback: 412 pages
Publisher: Lake Union Publishing (September 27, 2016)
*****
I am not sure if this review can accurately describe my feeling about this book.  While it has been many months since I agreed to be part of this blog tour and to be honest I didn't refresh my memory by reading the synopsis so basically I cracked open Echoes of Family blind.  All I can say is WOW, I just found another 'best of 2016'.

I love the first line in the synopsis above 'sometimes the only way through darkness is to return to where it began', which is exactly what Marianne had to do.  There are so many layers to this story, as Marianne returns to England it affects those not just from her past but present as well.  This intricate story played out so smoothly, I got to know the characters quite well, getting inside their minds as each dealt with the situation.  It was truly an authentic portrayal of bipolar and its effect not just for the individual but their loved ones as well.

It's not a book that I read when I could grab 5 minutes here and there but rather one to sit and savor,  I finished in a matter of days.  The author wrote with such compassion and sensitivity (plus a touch of humor) and just watching the story unfold with its twists and turns made it a pleasure to read.  It's one of those books that will stay with me for a long time.

"...you're never truly lost if someone cares enough to come find you.
Lost is waiting to be found."

~~~~~~~~~~~~~~~~~~~~~~~~~~~~~~~~
“Claypole White’s gift is her ability to put us into the troubled minds of her characters in a way that helps us not only understand them but fall in love with them as well. We discover that while their minds may be different from ours, their hearts are the same.” —Diane Chamberlain, USA Todaybestselling author of Pretending to Dance

“Echoes of Family is a masterfully written novel that is both difficult to put down, and difficult to forget after the final page. In this powerful novel, Claypole White weaves that narrative that draws the reader into a personal relationship with the characters and has you rooting for them, in spite of their many flaws. This book kept my attention until all secrets were revealed in its dramatic conclusion. I look forward to many more from Claypole White.” —Sally Hepworth, bestselling author of The Things We Keep

“Barbara Claypole White has done it again—created a quirky cast of characters and then taken us along as they go on a journey through madness and out the other side. Music, England, love, loss, and nature all collide in this beautiful exploration of how the echoes of our past can sometimes drown out the present. Matthew Quick fans will feel right at home.” —Catherine McKenzie, bestselling author of Spin and Hidden 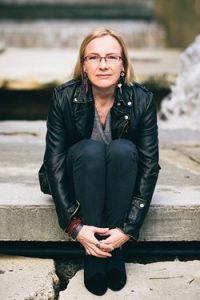 A Brit living in North Carolina, Barbara Claypole White writes hopeful family drama with a healthy dose of mental illness. Her debut novel, The Unfinished Garden, won the 2013 Golden Quill Contest for Best First Book, and The In-Between Hour was chosen by the Southern Independent Booksellers Alliance as a Winter 2014 Okra Pick. Her third novel, The Perfect Son, was a semifinalist in the 2015 Goodreads Choice Awards for Best Fiction.

Echoes of Family
Posted by Margaret @ JustOneMoreChapter at 7:58 AM